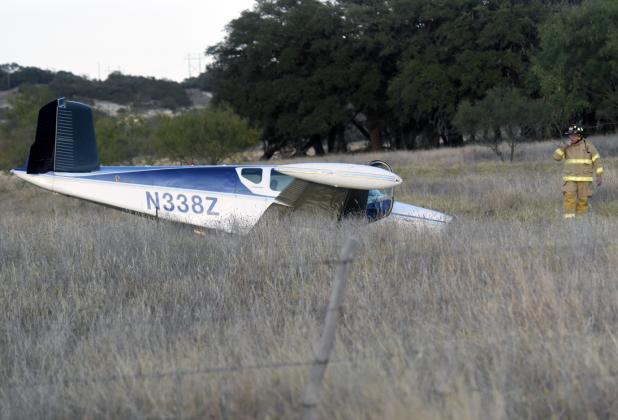 A possible mid-air plane collision led to the death of one pilot in Fredericksburg on Friday, according to Gillespie County Airport Manager Tony Lombardi.

Neither Lombardi nor officials from the National Transportation Safety Board (NTSB) or the Federal Aviation Administration (FAA) released the name of the victim by press time Monday.

The crash occurred over a property on Hayden Ranch Road and Tivydale Road during an annual formation training. During a flight, one of the aircrafts had a gear issue.

“The procedures are to break the mishap aircraft out and send another one to be a helper,” Lombardi said. “One was supposed to be in a trail position, kind of overseeing the other airplane. Then somehow, but nobody knows, they collided.”

The pilot of one of the planes was able to conduct a safe emergency landing, but the other aircraft crash resulted in a fatality. This article will be updated online once the name is released.

Planes involved, according to a Twitter post from the National Transportation Safety Board Newsroom, were a Beech M-35 and a Beech J-35.