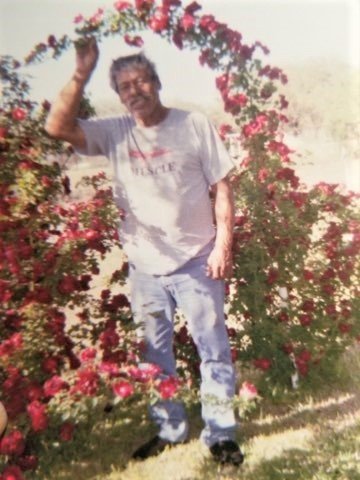 Pedro (Pete) S. Ramirez of Camp Wood, Texas passed from this life on Wednesday, October 23rd, 2019 in Center Point, Texas, surrounded by family after a brief battle with neuroendocrine cancer. He was born to Francisco and Virginia Ramirez on February 6th, 1950 in Rocksprings, Texas.

He was known to most people as (Pete). A kind, loving man who was slow to anger and quick to forgive. He was drafted into the Army and served in the Vietnam war. During his military enlistment he was also stationed at Ft. Bliss in El Paso, Texas, Ft. Polk in Vernon Parish, Louisiana and in Frankfurt, Germany. Upon his return he settled in Rocksprings, TX, then later in Camp Wood, TX. He was a very good sheep shearer and traveled all over the US, including the states of Colorado, Arizona, North and South Dakota and Wyoming. He enjoyed working with his brother Francisco’s sheep shearing crew and also with many of the other local shearing crews. He mostly worked with Pena Shearing crew. In the last 10 years he was a faithful employee to Riverhead Ranch. He loved to hunt, dance and in later years enjoyed playing bingo and going to the casinos. He will be deeply missed by all that knew him.

He was preceded in death by his parents Francisco Ramirez Sr. and Virginia Ramirez; brothers Francisco Jr. and Victoriano Ramirez; sister Julia Sarita Ramirez; and his granddaughter Dianna Silva.

The family invites you to leave a condolence at www.nelsonfuneralhomes.net. Arrangements are under the personal care of Nelson Funeral Home of Camp Wood, Texas.