No, a Texas man was not indicted for filling out 1,700 mail-in ballots. 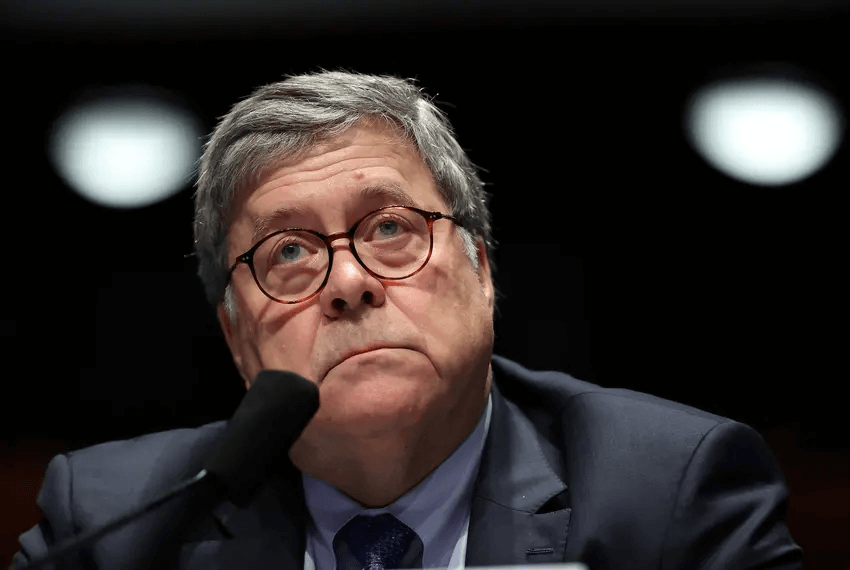 By Matt Zapotosky at The Washington Post for Texas Tribune, September 3, 2020

n his latest warning about the dangers of mass mail-in voting, Attorney General William P. Barr pointed to a case in Texas that he said highlighted the risk of fraud.

“Elections that have been held with mail have found substantial fraud and coercion,” Barr told CNN on Wednesday. “For example, we indicted someone in Texas, 1,700 ballots collected, he — from people who could vote, he made them out and voted for the person he wanted to. Okay?”

Federal prosecutors brought no such indictment. And while a Justice Department spokeswoman said Barr was referring to a local prosecution involving suspected mail-in voting fraud in a city council election, the assistant district attorney on that case said Barr’s description doesn’t match the facts.

“That’s not what happened at all,” said Andy Chatham, who is now in private practice.

“Unfortunately, it speaks volumes to the credibility of Attorney General Barr when he submits half-truths and alternative facts as clear evidence of voter fraud without having so much as even contacted me or the district attorney’s office for an understanding of the events that actually occurred,” he added later.

After being asked about Chatham’s account, Kerri Kupec, a Justice Department spokeswoman, said in a statement: “Prior to his interview, the Attorney General was provided a memo prepared within the Department that contained an inaccurate summary about the case which he relied upon when using the case as an example.”

The case at issue stems from a 2017 investigation into suspected mail-in voter fraud in Dallas County.

Chatham said prosecutors were tipped that something was amiss when voters who had not requested mail-in ballots received notices that they would receive them, and the Dallas County district attorney’s office soon launched an investigation.

One source of suspicion was that about 700 ballots all bore the name “Jose Rodriguez” as having helped fill them out, according to Chatham and local news reports at the time. But Chatham, a Democrat and former judge, said that even those ballots were divided among candidates, and some were blank. When investigators approached the voters who were said to have cast them, Chatham said, the voters generally said the ballots were legitimate and cast for the candidate of their choosing.

“We didn’t find any evidence of widespread voter fraud, and instead the ballots that were returned were consistent with the voter’s choice,” Chatham said.

A 28-year-old man named Miguel Hernandez ultimately pleaded guilty in the case to improperly returning a marked ballot. According to local news reports at the time, a woman identified Hernandez as the man to whom she had given a blank ballot she placed in a white envelope but had not signed. Bruce Anton, Hernandez’s defense attorney at the time, said that as best he could remember, Hernandez was hired by others to canvass neighborhoods for mail-in ballots, which he would then turn over to those who hired him for possible alteration. He said that, on a good day, Hernandez might collect 12 ballots. “1,700? Not a prayer in the world,” Anton said.

Chatham said he believed Hernandez was a low-level player in a possibly larger scheme that never came to fruition, and that prosecutors never were able to fully unravel.

Mike Snipes, the No. 2 prosecutor in the office then, said investigators initially suspected there were “potentially 1,700 fraudulent ballots, but we did not uncover that, at all.”

“We actually thought there was voter fraud initially, and we couldn’t find it except that little tiny case,” he said. Snipes said he could not address Barr’s comments specifically.

“This is playing with fire,” Barr said during a heated exchange with host Wolf Blitzer. “We’re a very closely divided country here. And if people have to have confidence in the results of the election and the legitimacy of the government, and people trying to change the rules to this methodology, which, as a matter of logic, is very open to fraud and coercion, is reckless and dangerous.”

In states that have such systems, though, there is no evidence of widespread fraud. A Washington Post analysis earlier this year of data collected by three vote-by-mail states with help from the nonprofit Electronic Registration Information Center found that officials identified just 372 possible cases of double voting or voting on behalf of deceased people out of about 14.6 million votes cast by mail in the 2016 and 2018 general elections, or 0.0025 percent. Local officials in those states pointed to what they called their sophisticated systems to detect and prevent fraud.

Chatham said that in Dallas County it was “incredibly simple to ferret out” fraudulent ballots, and investigators also tried to work with election officials to mitigate any possible disenfranchisement.