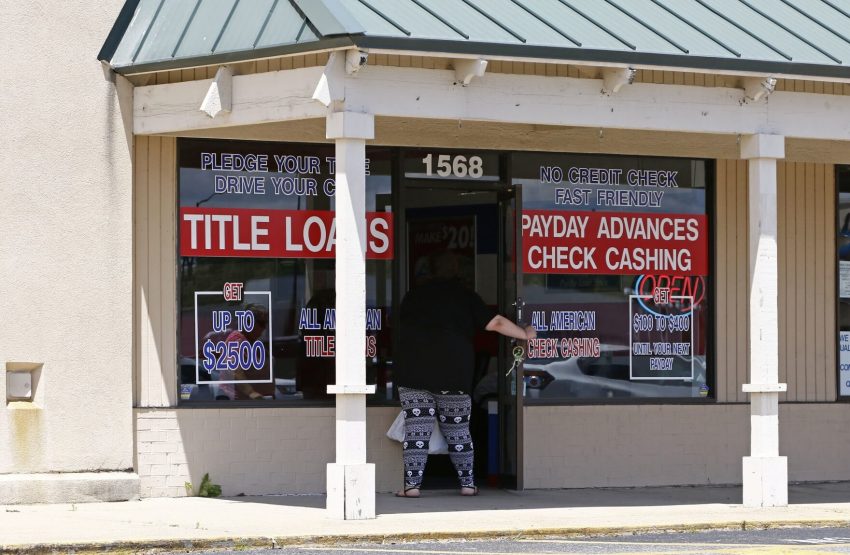 By Christopher Connelly and KERA at the Texas Standard, December 3, 2020

Andy Posner founded the Capital Good Fund in Rhode Island right before the last recession, and he says he’s seen first hand how the much-vaunted economic recovery after 2008 left a lot of people behind.

More and more people, even those working full-time or more, have been left without the capacity to make ends meet over the last decade. So, they turned to payday and auto title loans, pawn shops and other quick-cash options when hit with an emergency expense or just a higher-than-usual utility bill.

“The size of the predatory loan industry has more than doubled, during the time period where the economy and stock market boomed,” he said. “So clearly, it didn’t boom equally.”

The fund offers two different types of loans in the Lone Star State: One to help cover immigration costs between $2,000 and $20,000 with an annual percentage rate close to that of a typical credit card (15.99% to 24%). The other is a short-term crisis relief loan between $300 and $1,500 that has a 5% interest rate and a three-month deferment period.

Posner says the coronavirus crisis has pushed a lot of people from just getting by into needing a little help to make ends meet. The short-term loan is most commonly used on rent, utility, Wi-Fi bills and vehicle repairs.

“A lot of people are buying iPads and the like because their kids are going to school on Zoom now,” he said.

Without an alternative like these low-cost loans, Posner said most of his customers would end up taking out a payday or auto title loan and borrowing at rates and on terms that are considered predatory.

Texas has more than 1,900 stores selling payday and auto title loans, exceeding the number of Whataburgers and Starbucks in the state.

Officially, payday and auto title loans all carry an interest rate under 10% in Texas — the state constitution bans rates higher than that as usury — but with all the fees that get tacked on to payday loans, it’s just like taking out a loan with a 500% interest rate. That’s 100 times what Capital Good Fund charges for a small loan.

Payday loans are also often structured in a way that makes them difficult to pay off, forcing many borrowers to take out another payday loan to pay off the first one and setting off a debt spiral that critics say is fundamental to the profitability of these businesses.

Auto title loans are cheaper than payday loans in Texas — starting around 200% APR — but they’re risky because the title to a car or truck is used as collateral. Last year, more than one in six Texans who took out a title loan had their car repossessed when they couldn’t pay back the loan, according to data from the Texas Officer of the Consumer Credit Commissioner.

Cities across Texas have tried to rein in the more predatory lending practices, demanding fairer loan terms or better disclosures. A growing list of states have reined in interest rates and fees, but Texas offers almost no consumer protection, allowing the industry to flourish.

“We view our role to be part of the rebuttal that if you rein in predatory lending, people will have nowhere to go because we are one of the alternatives,” Posner said.

Susan Hoff, the chief strategy and impact officer for the United Way of Metropolitan Dallas, said more regulations are needed to restrain the excesses of the industry, but there needs to be better options for people who need to borrow money for a crisis or an opportunity.

“To have a viable alternative that has an interest rate that is fair and reasonable, that people can pay it back, is an incredible opportunity for our community,” said Hoff.

Because too many workers earn too little to make ends meet, Hoff said predatory lending fills a need. Her organization’s research found that only a quarter of 24- to 35-year-old workers in the Dallas area earns a living wage.

“People using predatory lenders are not doing so often times just for a crisis, it’s often eight to 10 times a year, just going back to get enough money to make it through one more month, and then going back again, and so they’re compiling those loans (and)that interest is compounding excessively,” she said.

The fund’s loans are also designed to help people improve their credit. Because the loan payments are reported to the credit bureaus, the average customer sees a 90 point increase in credit scores by the time their loans are paid back.

Because payday and auto title lenders usually only report missed payments to credit bureaus, “you can’t win but you can lose.”

Posner said he’s happy to offer a better alternative, but he says that in an economy that worked well, his fund probably wouldn’t exist.

“No healthy economy should necessitate people borrowing $300 to $500,” he said. “They should be earning enough money, there should be enough affordable housing, there should be upwardly mobile jobs so people have that liquidity. The fact that they don’t is not a failure on the part of our clients. It’s a systemic failure.