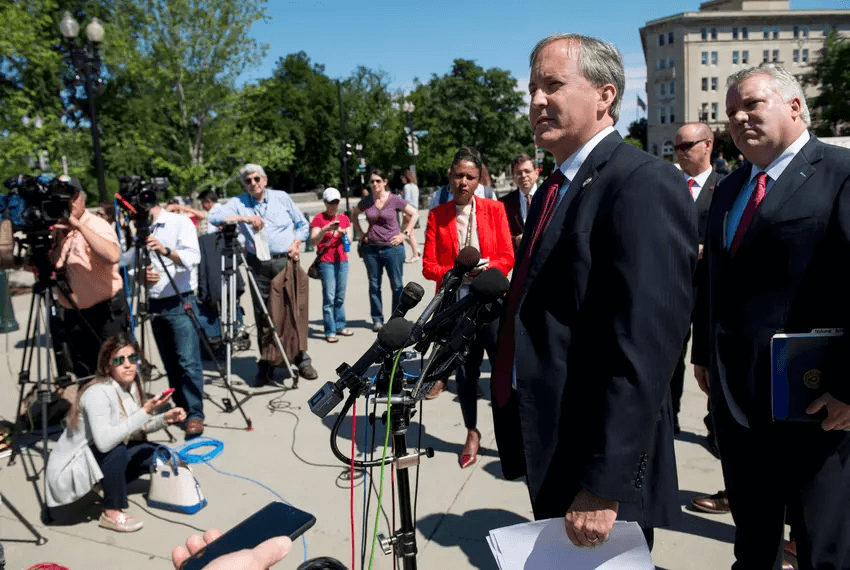 Texas Attorney General Ken Paxton should be tried for felony securities fraud charges in his hometown of Collin County, a Harris County judge ordered Friday, reversing a years-old decision that the state’s top lawyer should not face a jury in the North Texas region where he and his wife are deeply connected in political circles.

Paxton was indicted in 2015 but has yet to go to trial on charges that he persuaded investors to buy stock in a technology firm without disclosing that he would be compensated for it. He has maintained his innocence and called the prosecution politically motivated.

The case was sent to be tried in Houston in 2017 given Paxton’s close political ties in Collin County. Paxton once represented the region in the state Legislature, and now his wife, state Sen. Angela Paxton, does. Prosecutors argued they could not get a fair trial in a part of the state where the Paxtons are so well connected.

Since then, the trial has been delayed time and time again as procedural issues like venue and how much to pay the special prosecutors appointed to take Paxton have played out. In July 2019, Paxton’s defense attorneys asked a judge to send the case back to Collin County, arguing that the judge who removed it to Houston had not had the authority to do so.

Judge Jason Luong sent the case back to Collin County on Friday. Luong, a Democrat, made the decision on procedural grounds and did not say anything in his order about whether the prosecutors could get a fair shake trying Paxton in Collin County.

Friday’s order is a big victory for Paxton, who has recently faced fresh allegations of wrongdoing. Weeks ago, seven of his top aides at the attorney general’s office accused him of running afoul of the law by using the agency to serve the interests of a political donor. Paxton has denied those allegations, and recently fired two of those whistleblowers and put two more on leave — decisions a spokesman insists were not retaliation for their actions.

Neither the attorneys appointed to prosecute Paxton nor his defense attorneys immediately returned requests for comment.

A return to football and relief for Baylor and TexasFree meals for students extended to Dec. 31 through Kerrville ISD