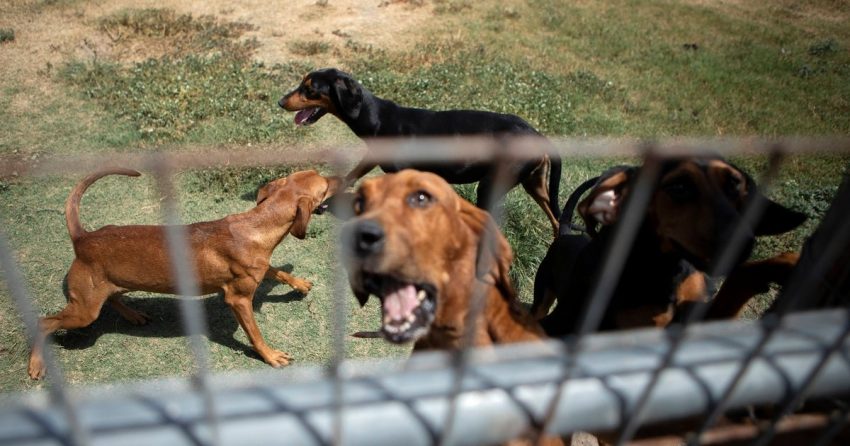 After vetoing a similar measure over the summer, Gov. Greg Abbott on Monday signed into law a bill that makes the unlawful restraint of a dog a crime in Texas.

The bill, which passed during the Legislature’s third special session of the year, will take effect on Jan. 18, 2022.

Animal advocates have called for this legislation for several legislative sessions, criticizing the existing statute’s lack of enforcement. The Texas Humane Legislation Network in 2015 found that not a single prosecution had been made under the law over the previous two years. But in his original veto statement, Abbott said Texas was no place for such “micro-managing” and “over-criminalization.”

Months after his veto, Abbott added the issue to the agenda for the third legislative session that began last month.

The measure is not too dissimilar from the version vetoed by Abbott over the summer, though it more clearly outlines the proper treatment of a tethered dog. Advocates for the legislation told The Texas Tribune in September that the minor changes made between the vetoed version and this proposal do not impact the bill’s purpose.

The law bans chains or heavy weights as restraints. Dog collars must be made of “material specifically designed to be placed around the neck of a dog,” though it does not specify which materials. Restraints must also be no shorter than five times the dog’s length. The law also says dogs must have shelter from “inclement weather,” which includes “rain, hail, sleet, snow, high winds, extreme low temperatures, or extreme high temperatures.”

The bill was approved by wide margins in the House and Senate but received some opposition from rural legislators, who expressed worry that it would make it harder to restrain guard dogs or animals on ranches.

Advocates told the Tribune in September that the issue would not have gotten further attention without the pushback over the veto.

“If there was no outcry … it would still be something that we’d be planning on working on next legislative session,” Jamey Cantrell, president of the Texas Animal Control Association, told the Tribune last month.