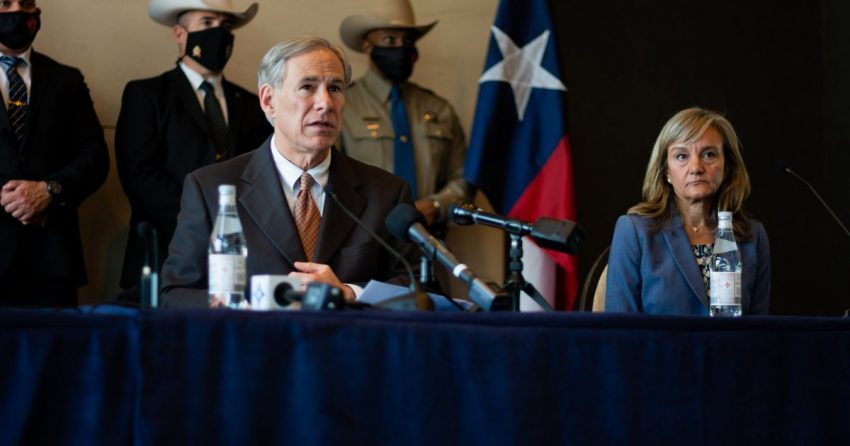 Gov. Greg Abbott asked the Texas Association of School Boards on Monday to determine the extent to which “pornography or other inappropriate content” exists in public schools across the state and to remove it if found.

“A growing number of parents of Texas students are becoming increasingly alarmed about some of the books and other content found in public school libraries that are extremely inappropriate in the public education system,” Abbott wrote to Dan Troxell, the group’s executive director, in a Nov. 1 letter.

Abbott, who did not cite examples in his letter, said that the organization has “an obligation to Texas parents and students to ensure that no child in Texas is exposed to pornography or other inappropriate content while inside a Texas public school.”

The school organization said it was “confused” why the letter was sent to the association, “which has no regulatory authority over school districts and does not set the standards for instructional materials, including library books.”

“The role of a school board primarily includes establishing a strategic plan for the district, adopting policies in public meetings, approving the district’s budget, and selecting and evaluating a superintendent,” a spokesperson for the group said in a statement. “In most school districts, the review and selection of individual library materials traditionally has been an administrative responsibility managed by professional district staff.”

Abbott’s letter comes on the heels of an inquiry launched by state Rep. Matt Krause, a Fort Worth Republican running for Texas attorney general. Krause sent a letter to certain school districts with an 850-book list that included novels about racism and sexuality.

Krause’s letter asked the districts whether they had those books, how many copies they had and how much money was spent on them. The lawmaker has since declined to offer specifics beyond that, saying he does not want to “compromise” a pending or potential investigation.

Krause’s list of titles includes a number of bestsellers and award winners, including the 1967 Pulitzer Prize-winning novel “The Confessions of Nat Turner” by William Styron and “Between the World and Me” by Ta-Nehisi Coates. The list includes books that help kids respond to bullying and others that center on LGBTQ characters, in addition to telling stories about the Black Lives Matter movement.

Democrats have accused Krause of trying to censor progressive literature after the Legislature passed two laws this year restricting how teachers can talk about race-related subjects in school. GOP lawmakers pushed for the legislation under the mantle of objecting to what they called “critical race theory.” Critical race theory is an academic discipline that holds that racism is embedded in legal systems and not limited to individuals. It’s taught at the university level, though it has become a common phrase used by some Republicans to include anything about race taught or discussed in public secondary schools.

Last week, Keller ISD removed a book from one of its high school libraries after parents voiced concerns over the book’s graphic images.

The book “Gender Queer: a Memoir” by Maia Kobabe, was mentioned by another Texas House Republican — state Rep. Jeff Cason of Bedford — who called on state Attorney General Ken Paxton to launch a statewide investigation into that novel and others of similar matter. Cason also asked Paxton to examine “the legal ramifications to school districts that approved of these types of books.”

In his letter to Troxell, Abbott said that “parents have the right to shield their children from obscene content used in schools.”

“You have an obligation to Texas parents and students to ensure that no child in Texas is exposed to pornography or other inappropriate content while inside a Texas public school,” Abbott wrote.

Disclosure: Texas Association of School Boards has been a financial supporter of The Texas Tribune, a nonprofit, nonpartisan news organization that is funded in part by donations from members, foundations and corporate sponsors. Financial supporters play no role in the Tribune’s journalism. Find a complete list of them here.