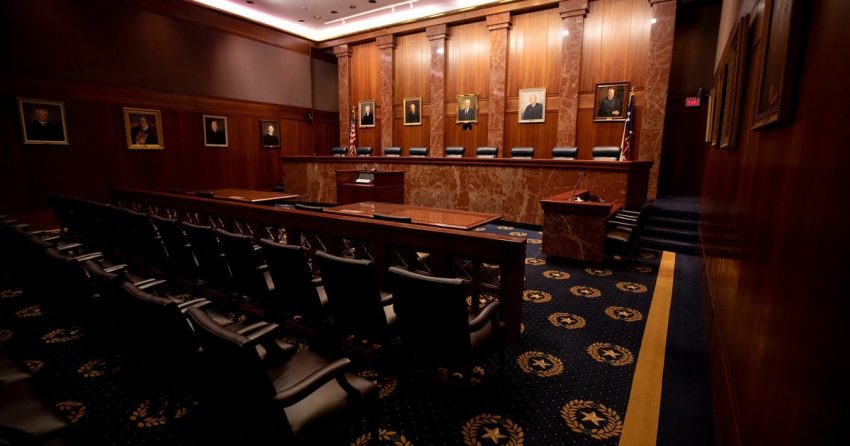 Young is a former clerk for the late U.S. Supreme Court Justice Antonin Scalia and was counsel to attorneys general under former President George W. Bush. Currently, he works as a partner at Baker Botts in Austin, where he chairs its Supreme Court and Constitutional Law Practice.

Young replaces former Justice Eva Guzman, who resigned in June ahead of a campaign for attorney general.

“Evan Young is a proven legal scholar and public servant, making him an ideal pick for the Supreme Court of Texas,” Abbott said in a statement. “Evan’s extensive background in private practice and public service will be a fantastic addition to the bench, and I am confident that he will faithfully defend the Constitution and uphold the rule of law for the people of Texas.”

Young is set to finish Guzman’s term in Place 9 on the court, which goes through the end of next year. Place 9 is on the ballot next year.

After clerking for Scalia, Young went to work for the U.S. Department of Justice, serving as counsel to two former attorneys general, Alberto Gonzales and Michael Mukasey. During that period, he spent time in Iraq, helping with U.S. efforts to rebuild the government there.

Abbott’s office did not immediately respond to a request for comment on whether Young would run in the election next year for a full term in Place 9. If he does, he already has Republican primary opposition in David Schenck, a justice on the Dallas-based 5th Court of Appeals. Schenck previously announced he was running for the state Supreme Court seat, and he told The Texas Tribune after the announcement of Young’s appointment that it does not change his plans.

Correction, Nov. 1, 2021: A previous version of this story incorrectly spelled the name of a former U.S. attorney general. He is Michael Mukasey, not Michael Mukaskey.