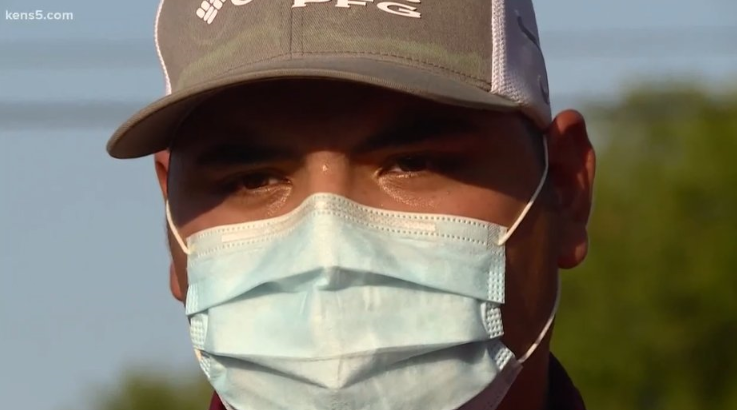 UVALDE, Texas — The former Kerrville firefighter accused of driving drunk into a little girl’s bedroom says he’s remorseful for what happened and he’s now giving back to the family of 8-year-old Arianna Lopez.

“I understand a horrible accident happened. I feel horrible about it. If I could switch spots I would,” said 23-year-old Isaac Rodriguez Barboza Jr.

Barboza was initially arrested on a charge of intoxication assault.

Barboza bonded out of jail on that charge, but when Lopez died, the charge was upgraded to intoxication manslaughter.

Barboza was arrested a second time and given a higher bond.

Over the weekend, KENS 5 caught up with Arianna’s cousin, Sal Ybarra, who believes Barboza should be locked up.

“I don’t think it’s nearly enough. I don’t see how somebody can take a life and only receive a $160,000 bond and be able to bond out and be out walking the streets,” Ybarra said.

Barboza claims his actions don’t define who he is as a person.

“I was raised in a Christian home. This is not who I am, that was represented that night,” Barboza said.

Aug. 6 is the night of tragedy when Kerrville police say Barboza crashed his pickup truck into Arianna’s bedroom. She died a couple weeks later.

“My career is to help people,” Barboza said.

Barboza, along with the help of loved ones has made it his duty to raise money for Arianna’s family. He feel’s it his mission. On Saturday, the Barboza’s hosted a chicken benefit dinner at this church in Uvalde.

“After everything was said and done, we were able to get a little bit over $7,000 for her family,” Barboza said.

“I would just like to say to Arianna’s family, to her mother, Raven, to her dad, all the family, I apologize for the incidents that happened the events that led up to it.”