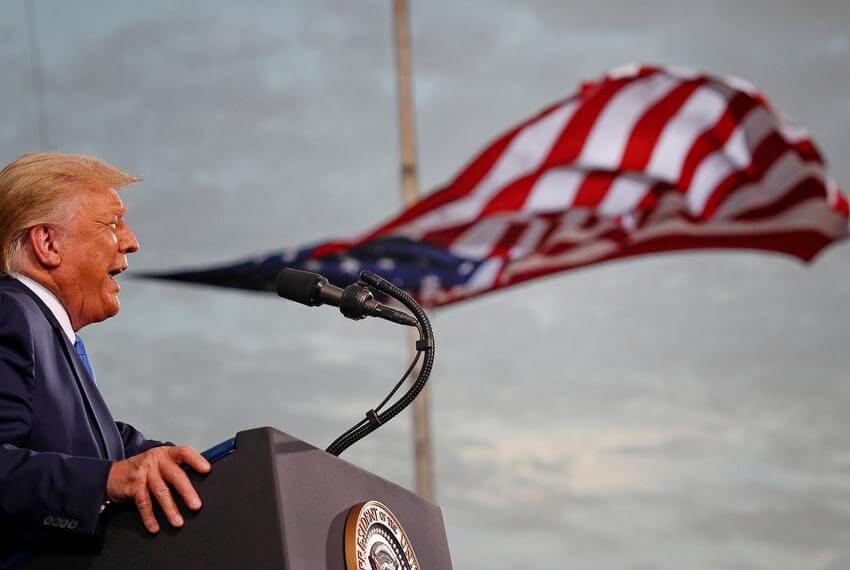 President Trump is preparing to visit the Rio Grande Valley on Tuesday in the midst of planned impeachment proceedings following a violent week at the U.S. Capitol.

The White House did not provide details on Trump’s visit, which was first reported by Brownsville TV station KVEO, but it comes a week after Department of Homeland Security officials touted the “historic” completion of 450 miles of border fencing during his administration.

The Rio Grande Valley is the site of furious legal and construction activity related to the border wall as U.S. Customs and Border Protection races to build new miles of fencing ahead of Inauguration Day.

After landing in Harlingen, Trump will take a helicopter to McAllen, KVEO reported.

Gov. Greg Abbott and Lt. Gov. Dan Patrick are not expected to join Trump for the trip. They will be in Austin on Tuesday for the opening day of the biennial legislative session, according to their offices.

The trip will mark the second visit to the Rio Grande Valley of Trump’s presidency. He previously visited McAllen in 2019 in the midst of a partial government shutdown related to his push for border wall funding.

But even as fencing has gone up at an accelerated pace in other parts of the border, construction in South Texas has bedeviled the Trump administration.

As a result of complex and time consuming eminent domain battles with landowners along the Rio Grande, of the 110 miles the administration planned to build in South Texas, only 15 miles had been finished as of mid-December.

A Texas Tribune/ProPublica investigation last month found that the government’s strategy of awarding contracts before acquiring titles to the land in Texas has led to millions of dollars in costs for delays, according to calculations based on statements made by CBP officials in court filings.

Since 2017, the federal government has awarded at least a dozen contracts in South Texas worth more than $2 billion prior to obtaining all the land it needed for the projects.

“I think he’s got much bigger issues than coming over and seeing his 14th-century solution called ‘The Wall,’” U.S. Rep. Henry Cuellar, D-Laredo, who represents western Hidalgo County, told the Mission newspaper Progress Times. “But, as you know, he started his campaign attacking Mexico and building the wall and all that. And I think he wants to end his term the same way.”