Do you plan to vote in Texas’ November elections? The time to register is now 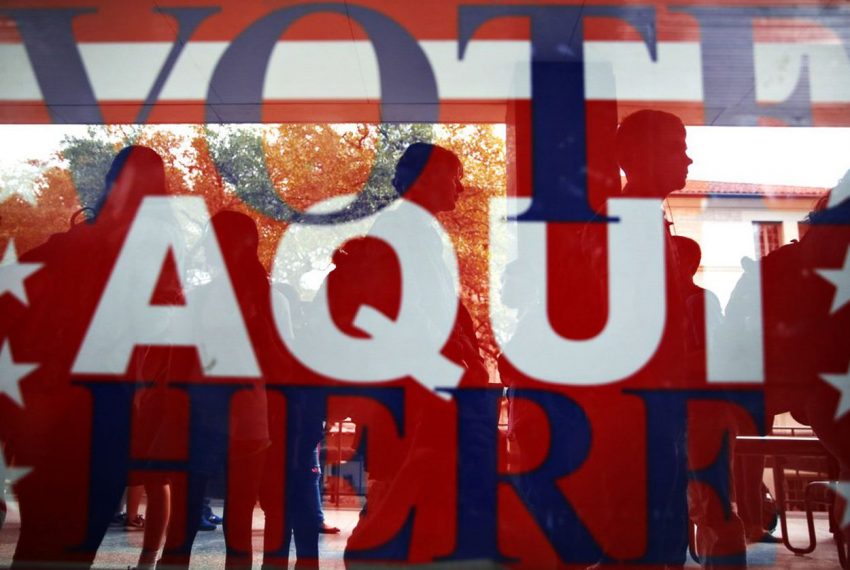 People stand in line to vote for the primaries at the Flawn Academic Center on the University of Texas campus on March 1, 2016. Image credit: Shelby Tauber for The Texas Tribune

Texans hoping to participate in the Nov. 5 election have until Oct. 7 to register to vote.

By LELVIA LIMÓN, The Texas Tribune.

It may be easy to miss amid the 2020 election buzz, but there is an election this November. And Texans hoping to participate have until Monday to register to vote.

Who and what Texans get to vote for will depend on where they live.

What seats are up for grabs?

Three special elections were called for November where 27 candidates are vying to fill state House seats, including one that Democrats hope to flip.

The most closely watched race will be in House District 28, where Rep. John Zerwas, R-Richmond, has stepped down to join the University of Texas system. Democrats were already targeting this district in their efforts to take over the House majority next year.

Elizabeth “Eliz” Markowitz, a Katy teacher, is the only Democrat running for HD-28. She unsuccessfully ran last year for State Board of Education District 7, which overlaps with HD-28.

Other special elections include House District 148 where 15 candidates – 12 Democrats, two Republicans and one independent – are running to replace state Rep. Jessica Farrar, D-Houston; and House District 100, with five Democrats lined up to replace former Rep. Eric Johnson, D-Dallas, who vacated the seat this year after winning the Dallas mayoral election.

What else is on the ballot?

Texas voters will decide on 10 proposed amendments to the Texas Constitution. Those amendments include a proposal focused on banning a state income tax and another that would give Texas parks and historic sites the maximum funding authorized from a sales tax on sporting goods.

Here’s how Texans can register to vote by Monday’s deadline:

You can’t register online. Texans can fill out an application in person at their county voter registrar’s office or pick up a copy at other locations including local libraries and most post offices and high schools. They can also print out an application online or request it through the mail.

You must register in your county. Texas voters must submit their applications at least 30 days before an election to the county where they are a resident, and mailed applications must be postmarked before or on the Monday deadline.

Can’t remember if you’re registered? You can find out if you’re already registered to vote at the Texas Secretary of State’s website.