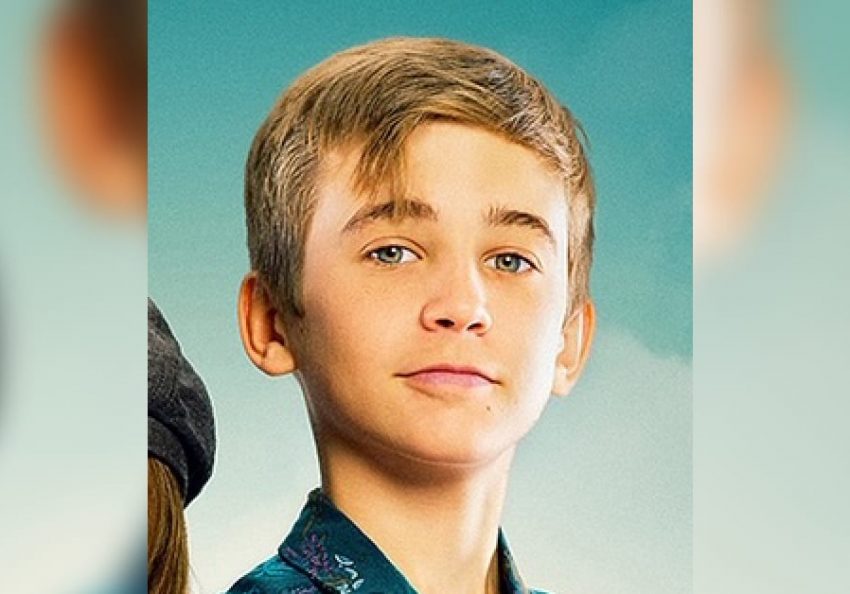 Concan residents Betty Jo and Jerry Bates have a much closer connection to fame than the six degrees of separation game many others play, thanks to their 13-year-old grandson, Parker Bates, a successful actor with a feature film coming out in theaters this month.

Parker’s film, “Magic Max,” is a comedy set to release on Jan. 26. Parker has a lead role.

He started his acting career when he was 6 years old, after landing a role on the NBC drama “This is Us.”

Parker portrays a young Kevin, son of Rebecca, played by actress Mandy Moore, and Jack, who is portrayed by Milo Ventimiglia.

Parker said he is very excited for his newest film to be released.

“The exciting thing about filming Magic Max was that I got to use a lot of improv,” Parker said in an email. “We would improv through certain scenes and the other cast and crew would’ve been holding back their laughter until the director yelled cut, then everyone would crack up which made really great energy on the set.

“I can’t wait for everyone to see it.”

Another highlight was the stunt work.

“My favorite thing about filming was this really cool stunt I got to do where I fell out of a 30-foot tree,” Parker said, adding that he was involved in stunt training, “and I ended up doing the sting by myself.”

It was filmed over an eight-week period in Simi Valley California, about 45 minutes north of Los Angeles. The movie was directed by James D. Fields, and also features actors Barry Corbin and Sally Kirkland.

When asked about how COVID-19 has impacted his work, Parker said it is difficult to not be able to interact closely with his co-workers, but he understands that the social distancing is necessary.

The crew is also tested for COVID-19 every other day.

“On set, the hardest part is not being able to hang out with people and not give anyone hugs after so long. We have had to come together to keep each other safe,” he said.

“‘I’m so happy to do my part so that everyone can keep their jobs,” Parker said.

Parker, an eighth-grader, is the son of Karli and Charlie Bates. He has one brother, Prestyn, a ninth-grader who is also an actor.

They hope to work together in a planned feature film, where they will portray fraternal twins. Parker said if everything goes smoothly they will begin filming in April in Tucson.

His advice to those aspiring to be an actor is, “Don’t be afraid… If you really want to be an actor and that’s what you love to do then I think you should follow your dreams.”

As far as being a student, Parker says keeping up with his school work is “pretty easy.”

As an eighth-grader, he is taking high school and college courses. Though Prestyn is a grade level higher than Parker, they take their college classes together.

Parker says he does  schoolwork while on set, and is required to do three hours of school a day. He has a teacher on set with him and a tutor for home.

He and his family make it back to Concan regularly, for Christmas and during the summer.

“We come back every Christmas to visit my grandparents – we couldn’t come this year because I was filming “This is Us” and we couldn’t travel due to the safety precautions for COVID,” Parker said.

“We also come back for like three weeks in the summer. It’s one of my favorite places to be.

“My favorite part about Uvalde has to be the Frio River. I’ve been every year of my life and I will continue to come every year,” he said.

Josie Campa recalls the good old days as City honors her for 45 years of serviceAll Texas Democrats in U.S. House voted to impeach Donald Trump. No Texas Republicans joined them.