As Texas reopens, border leaders say restrictions at international bridges should be lifted 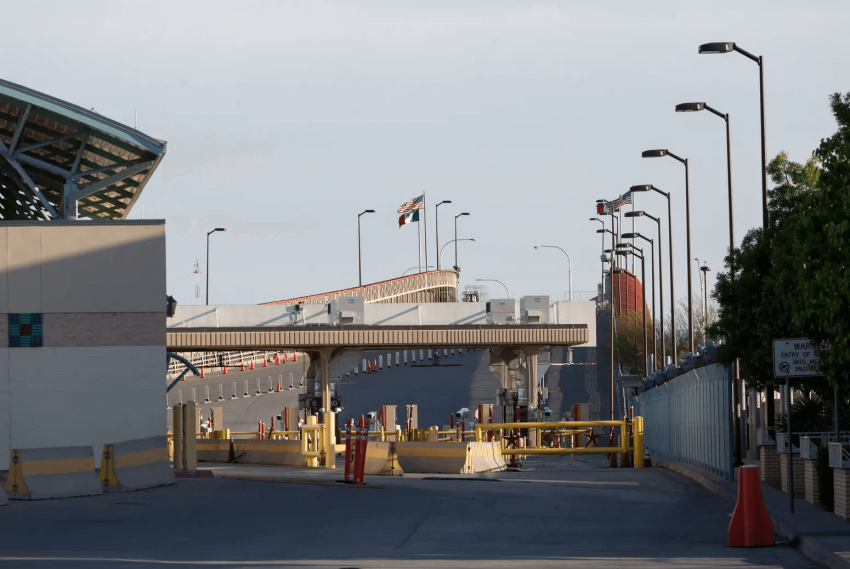 By Julián Aguilar at the Texas Tribune, September 29, 2020

For a few days last spring, Amy Guadiar was able to take her mind off the shoppers from Mexico her store has been missing since the COVID-19 pandemic struck the borderland.

The government’s one-time stimulus checks, issued in April, briefly brought shoppers from El Paso back to Contigo, a downtown El Paso garment store that’s suffered financially since the Trump administration closed the southern border to nonessential crossers from Mexico in an effort to slow the spread of COVID-19. But the boost in business didn’t last.

“People came to shop after they received their checks,” she said. “But it’s difficult again.”

The international bridges that connect Texas and Mexico remain partially closed to non-citizens who can’t show their travel into Texas is considered essential, a definition that excludes people crossing for tourism or shopping. Last month, the Department of Homeland Security extended the policy until at least Oct. 21. The agency is also using additional screening measures, such as flagging more travelers for secondary inspections, to discourage nonessential traffic, which has made wait times even longer.

The hardening at the ports of entry along the border continues even as Gov. Greg Abbott relaxes COVID-19 restrictions for the rest of the state. Abbott announced earlier this month that stores, office parks, and restaurants can now operate at 75% of their capacity, and college football is back with a limited number of fans in the seats. Because the bridges are under federal authority, Abbott’s orders don’t apply to border crossers.

That has some border leaders anxious over how long the restrictions at the bridges will last and how they’re going keep afloat financially without the shoppers and the bridge tolls that are crucial to both businesses and local government budgets.

In Eagle Pass, bridge revenues, which make up half of the city’s revenue, are down by half, Mayor Luis Sifuentes said.

“We’ve had to make major adjustments and cut across the board in all departments,” Sifuentes said. “We passed a balanced budget, but it’s all dependent on the bridges to open up before January.”

City officials in El Paso projected a $60 million loss in annual revenue earlier this year when it announced pay cuts and furloughs for about 400 employees. That was due, in part, to the lack of Mexican shoppers, who account for about 15% of retail trade, El Paso Mayor Dee Margo told local media in May. At that time, noncommercial crossings were down by a third, he said.

U.S. Rep. Henry Cuellar, D-Laredo, sent a pitch earlier this month to acting Department of Homeland Security Secretary Chad Wolf outlining a plan that would allow the United States to screen for the coronavirus and allow nonessential traffic to cross into Texas if people are free of the virus and its symptoms. The plan would enlist the private sector to conduct rapid COVID-19 tests at the border and includes quarantine procedures for people who test positive or who have traveled from high-risk areas.

It’s unclear whether Homeland Security has responded to the proposal; Cuellar has since called out the Trump administration for its patchwork policies that he says unfairly target the border.

“Allowing individuals to fly into the U.S. but restricting travel through our land ports of entry is unfair treatment to the land ports,” Cuellar said in a Sept. 18 statement. “Since DHS is obviously uninterested in working with us on finding a solution, we must take it upon ourselves to create public-private partnerships to implement enhanced screening strategies. Hopefully, DHS does not stand in our way as we continue to fight for employees, business owners, and customers in our community who are facing the economic repercussions of COVID-19. We can balance the health of the individual and the health of the border economy.”

For Mexican citizens still able to cross into the United States, the frustration is growing. Martha Ayala, 59, a health care worker who lives in El Paso as alegal permanent resident but travels to Ciudad Juárez to see her father, said earlier this month she drove from Odessa to El Paso with her father and dropped him off in Ciudad Juárez.

“I waited five hours to come back,” said Ayala, whose job allows her to cross the border as an essential worker. “It was less time [on the road] from Odessa to here than to come back from Juárez.”

She wonders why other Mexicans are still blocked from crossing the bridges now that Texas has mostly eliminated its COVID-19 restrictions.

“I think it’s political,” she said. “We come and go because of necessity, and not just to pass the time.”

In Eagle Pass, Sifuentes isn’t calling the border restrictions a political move, but he disagreed with the notion that Americans are spreading the virus after they return from Mexico.

“There has been no indication of people getting it from Mexico. There may be a handful of cases, but overwhelmingly it’s people here gathering with family and friends,” he said. “I don’t know where they’re getting that.”