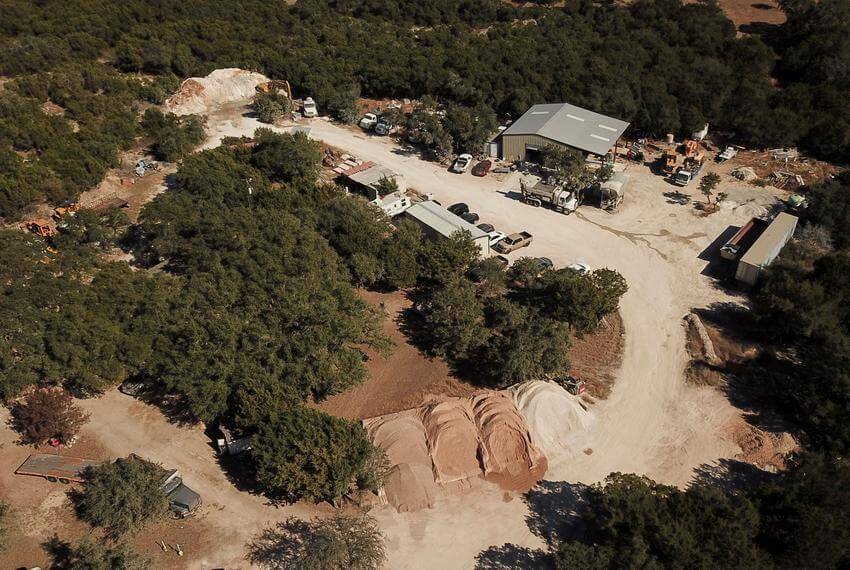 Peggy Watson noticed a few months ago that one of her neighbors was clearing his 78-acre plot of land. It was a matter of time, she thought. Her rural and “eclectic” neighborhood outside Austin was getting more valuable by the day as the city grew.

But it wouldn’t be an apartment complex that would occupy the unrestricted land in Oak Hill, as she and her neighbors anticipated. They soon learned it could be a concrete batch plant to service the construction of Oak Hill Parkway, a Texas Department of Transportation (TXDOT) plan to widen Highway 290. The owner was courting TXDOT’s contractor to make it happen. (Laurie Simmons, a spokesperson for Colorado River Constructors, confirmed that the landowner had reached out to the company but said the plant site still hasn’t been selected.)

Watson was even more surprised to learn that there was little in the way of legal protections to stop the plant from being built next door — a patchwork of state and local environmental laws, she said, has left her neighborhood few options.

“It just seems like we’re in this Bermuda Triangle of responsibility and accountability,” said Watson, 64, a retired head of a birdwatching tour business turned anti-concrete batch plant activist. “Because we’re not in the city, the city defers to the county on transportation. And, the county defers to the city on environmental issues. It’s like the Wild West.”

Watson’s neighborhood faces an increasingly familiar problem for rural and urban homeowners alike across Texas. As the state’s population continues to grow, so too does the need for roads, bridges and sidewalks. It’s driving demand for the dusty business of concrete, cement, sand and other aggregate materials, which are being stored, transported and mixed closer and closer to residential areas.

At the same time, those in the industry say that locating operations far from construction projects is expensive and argue that the state’s environmental laws are adequate.

The Texas Commission on Environmental Quality’s (TCEQ) process “is very protective” of public health and the environment, said Josh Leftwich, president and CEO of Texas Aggregates and Concrete Association, an industry group for concrete, cement and aggregate companies in the state. “Companies do try to work hard with the community.”

But some Texas lawmakers are seeking to address the issue of batch plants being near homes and have filed a handful of bills for the 2021 legislative session.

State Rep. Jarvis Johnson, D-Houston, whose district includes Houston’s Acres Homes, a neighborhood north of downtown that successfully fought a planned concrete plant, has filed legislation in past years to limit concrete batch plant operations near homes. They didn’t gain much traction, but he says this session could be different because the state’s continued growth has put more neighborhoods in the way of construction projects.

“As these communities grow, as these cities grow and as people are relocating to Texas every day, it’s going to come and find its way to your doorstep at some point,” Johnson said. “It’s important to protect all people [from industrial development], not just people who have the financial means.”

TCEQ issues permits to regulate concrete and aggregate companies’ emissions of particulate matter, which can increase the risk of asthma attacks and cardiac arrest if too much is inhaled, according to the federal Environmental Protection Agency (EPA). TCEQ also regulates the water runoff from the sites. Cities regulate other aspects — including where the plant is allowed to locate, how much noise it can make, and the damage allowed from heavy trucks operating on roads.

That’s why residents in areas like Oak Hill, which is outside city limits, and neighborhoods throughout Houston, which has no city zoning, say they fall into a blind spot. There’s little local authority to restrict the placement of the businesses in Texas, and areas without zoning regulations have seen concrete batch plants pop up near homes, schools, and churches. State law requires a 440-yard buffer from those sensitive areas.

The number of air permit applications for concrete batch plants in Texas has increased 25% from 2014 to 2019, according to data provided by the TCEQ. Of the 227 applications submitted last year, 86% were approved by the state agency, 12% were withdrawn and a handful was denied or voided.

Neighborhoods are increasingly fighting the facilities’ permit applications. In an unincorporated area southeast of Fort Worth, an administrative judge this month ruled in favor of Tarrant County homeowners in a dispute over a concrete batch plant’s application to operate in their neighborhood. Residents now await the TCEQ’s final decision.

And in Houston earlier this year, years of community organizing and public pressure by residents of the Acres Homes neighborhood stopped a concrete batch plant from being permitted near homes and across the street from a park, the Houston Chronicle reported. The company eventually withdrew its environmental permit application.

Johnson said the Acres Homes dispute in his district renewed his focus on preventing a similar instance in the future. His bills would double the distance requirement from 440 yards to 880 yards statewide and require a stricter permit for plants that operate in municipal areas that lack zoning — in other words, the city of Houston. Another one of Johnson’s bills would require written notice of a permit application to each household within 880 yards of a proposed plant.

Other legislation includes a bill by state Rep. Armando Walle, D-Houston, that would require companies to include a more detailed site plan in their permit application and a bill by state Rep. Nicole Collier, D-Fort Worth, that would expand the list of people who could request a hearing on concrete batch permits to include representatives of schools, churches, day-care centers, hospitals, and other medical facilities. Right now, the TCEQ may only consider requests from those who live within 440 yards of a facility.

“There are places you can put these facilities where they don’t impact communities,” said Corey Williams, research and policy director of Air Alliance Houston, an environmental group focused on air quality in Houston. He said he hopes legislators will seek to address the issue for all communities, regardless of whether they’re within city limits or not.

Leftwich, of TACA, and others in the concrete industry don’t deny that being located in residential areas create some headaches for everyone involved.

Bill Heath, a co-owner of Easy Mix Concrete Services and manager of the company’s Signal Hill site, just outside of Austin, drives past anti-Easy Mix signs that say “Protect our neighborhood!” every day. He said the company’s stone yard, which stores sand, rock and other aggregate material for transfers onto trucks, isn’t causing the environmental damage that the neighbors complain about, it’s just plain old NIMBYism.

He added, “We’re not breaking any laws by being here.”

Signal Hill, southwest of Austin, is a mixed-income area – some mobile homes and some ranch homes – primarily residential and rural. In recent years, Easy Mix and others have moved to the area because of its proximity to the city. It’s just far enough outside city limits to find unrestricted land.

But Lynn Ross, 71, who has lived in the neighborhood since 1972, says that the runoff from washing dust and aggregate materials out of the trucks is clogging up creek beds behind her house. She worries about the impact to wildlife – the last time her stock tank filled up, she found dead frogs floating in it.

“I’ve never seen that in my years being here,” she said. “I used to have migratory birds out here all the time. I no longer have animals back there, I don’t see geese anymore.”

She said she’s contacted regulators several times since 2014 to raise her concerns. TCEQ has visited her property on more than one occasion, she added, but the situation hasn’t improved.

“I’ve really just been going in circles and wasting a lot of my time,” Ross said. “It’s just been a really hard battle. There’s no checks and balances.”

“This is not an environmental issue, it’s a land-use issue,” he said. “People need concrete, they need roads and pools and sidewalks.”

Tim Peery and his wife, who has cancer, moved to the neighborhood a decade ago. The noise from the stone yard makes it hard for her to rest, he said. They’re tired of the dust and nuisance.

“It’s been extremely difficult realizing how powerless we are to do anything about an obvious problem,” said Peery, who has also been working with Texans for Responsible Aggregate Mining, a coalition of landowners opposing such facilities. “It shouldn’t be in a residential area.”