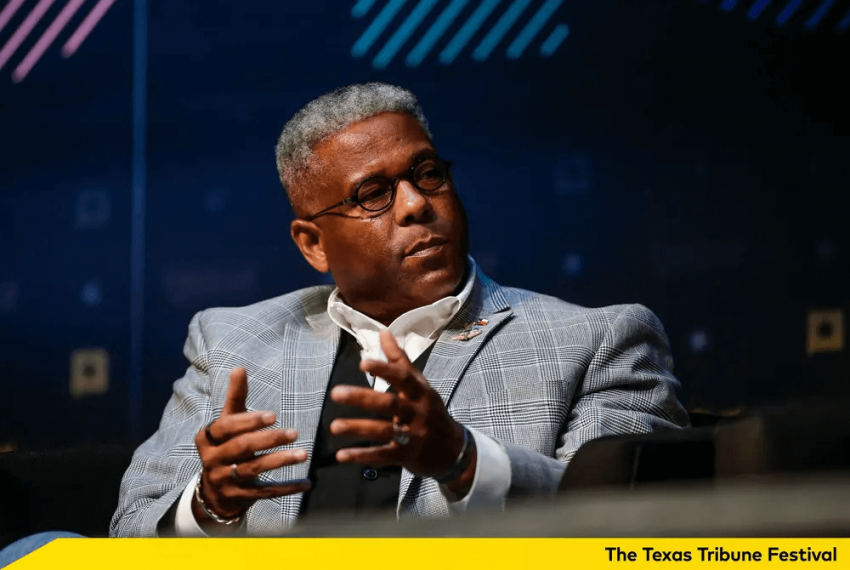 By Cassandra Pollock at the Texas Tribune, September 29, 2020

“I’ve got the message up to him,” West, a former Florida congressman, told the Tribune’s Patrick Svitek. “I’d like to see the president come back to Texas one more time, especially come back to North Texas.”

North Texas has in recent history been ground zero for elections in the state, with clusters of competitive legislative and congressional races peppered throughout the region.

This year, races for the Texas House have come into particularly strong focus for both parties as Republicans look to defend their majority and Democrats aim to gain control of the lower chamber for the first time in nearly two decades. Democrats, fueled by the dozen seats their party picked up in 2018, are effectively nine away from flipping the 150-member House and say they are targeting in November more than two dozen seats, many of which are in the North Texas area.

West, asked about the likelihood of a Trump visit, said the congressional district he represented in Congress included three of the president’s properties — and that he knows him “very well personally” because of it.

More broadly, West expressed optimism about Republicans doing well in November, saying he’s “not overconfident, [but] confident” that the party will see better successes this year than it did in 2018. He also said he thinks Trump “will be able to at least maintain” the 9-point margin the president carried the state with in 2016, suggesting that he “may even exceed it.” Recent polling has shown the race between Trump and former Vice President Joe Biden, the Democratic nominee for president, is much closer than that in Texas.

West, who won the race for party chair in July, has at times openly disagreed with how Republican Gov. Greg Abbott has handled the state’s response to the coronavirus pandemic. Perhaps most notably, West joined a lawsuit spearheaded by various Republicans challenging the governor over his extension of early voting for the November election — the latest legal challenge to Abbott’s emergency powers during the pandemic.

West emphasized during the interview that he was about “the rule of law” and said he would be fine giving Texans more time to vote, so long as that was a decision made by the Legislature and not the governor.

Asked about pursuing higher office in the future, such as a run for governor, West laughed before saying: “Hey, I just want to be a humble and obedient servant. You’re trying to stir the pot, brother.”