Alamo Cenotaph will stay put at the current site 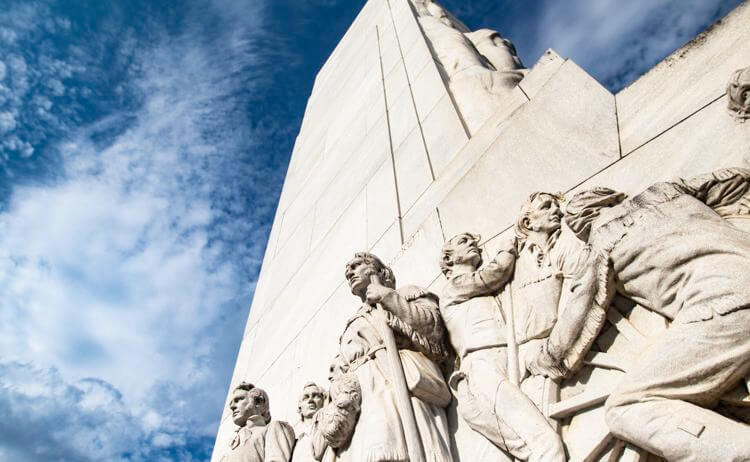 AUSTIN (AP), September 23, 2020 — A state historical review panel voted overwhelmingly Tuesday against relocating a monument to the 200 Alamo defenders killed by the Mexican army in 1836.

The killings during the war for Texas independence gave birth to a rallying cry used during the eventual defeat of the Mexican forces.

The Texas Historical Commission voted on Tuesday 12-2 to reject a proposal by the city of San Antonio to repair and relocate the Alamo Cenotaph that has stood since 1939 in Alamo Plaza. Planners of a $450 million Alamo renovation project had wanted to move it about 500 feet to the south.

A commission advisory board had endorsed the relocation proposal by a 6-3 vote earlier Tuesday. However, Republican Lt. Gov. Dan Patrick spoke out forcefully against the proposal, saying it would “erase history.”

The 58-foot-tall marble slab has been a focal feature of Alamo Plaza in downtown San Antonio since 1939.

The Alamo Defender Descendants Association is fighting to keep the Cenotaph within the area once surrounded by the Alamo’s walls. It hopes to have the monument declared a cemetery in the hope of stopping the move.