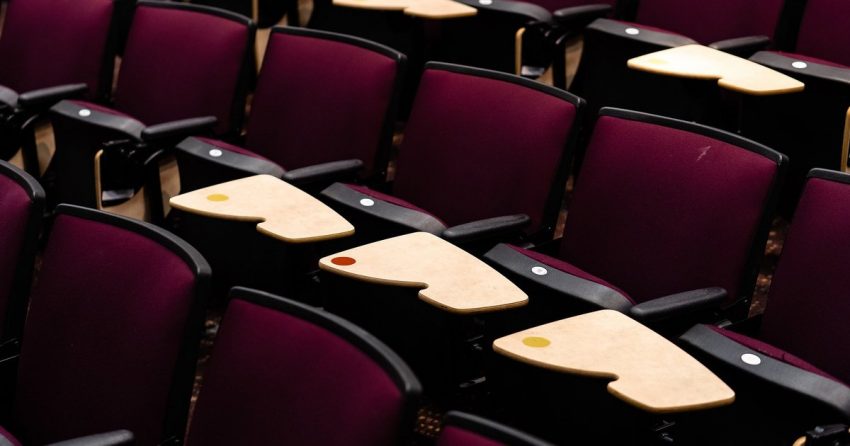 A year ago, Texas history professor Lora Burnett fired off an angry tweet from her private social media account about then-vice president Mike Pence. It landed during the vice presidential debate, prompting news coverage from conservative media, an angry response from at least one Texas lawmaker and a series of disciplinary actions from her employer, the publicly funded Collin College in North Texas.

This week, Burnett, who was eventually terminated from her job at Collin College, a community college in McKinney, filed a federal lawsuit against the college, its president, H. Neil Matkin, and the board of trustees.

In the Tuesday filing, she claims that the school’s decision not to renew her three-year contract was retaliation for those comments, as well as her public criticism of the school’s COVID-19 reopening plan, and violated her First Amendment rights.

In her lawsuit, Burnett argues that Collin College leaders use “a custom or practice of terminating professors who speak out on matters of public concern” and that the school’s practices are unconstitutional.

“Government employees have the right to have their own politics,” Burnett told The Texas Tribune in an interview this week. “I express my views on Twitter on my own time on a personal account and it has nothing to do with my job. I was not speaking for the college. I was not teaching at the time.”

Burnett is the second former professor to file a free speech lawsuit against the college in federal court in the past two months. In September, another former professor, Suzanne Jones, filed a lawsuit claiming the school did not renew her contract because of her comments about the school’s COVID-19 reopening plan and her involvement in a local chapter of the Texas Faculty Association, a statewide group that has no collective bargaining rights like a union.

Matkin denied a request for an interview through a college spokesperson.

“While it is regrettable that a former faculty member has chosen to file a lawsuit, the College stands firm in our belief in our faculty review process and looks forward to defending our actions in court,” said Marisela Cadena-Smith in the statement. She said the college would not comment further on pending litigation.

The two lawsuits are the culmination of more than a year of conflict between Collin College administrators and a total of four professors who have also publicly criticized the school for its COVID-19 response throughout the last school year. Only Burnett and Jones opted to sue.

A third professor, Audra Heaslip, also did not receive a contract renewal last year. She told the Tribune that she made a “difficult personal decision” not to sue the college.

A fourth professor remains employed at the school but received a disciplinary warning from the college in August for criticizing its response to the pandemic on social media, Burnett’s filing states.

Collin College, a community college that serves more than 52,000 students northeast of Dallas, has faced criticism for disciplining the professors for their public comments of the school’s COVID-19 response over the past year.

Burnett and others had criticized Matkin for downplaying the severity of the pandemic and for leadership’s lack of transparency about positive cases on campus. The school did not publicly post the number of COVID cases on campus until after the death of an employee and a student from the virus.

For Burnett, the disciplinary actions began swiftly after Oct. 7, 2020, the night of the vice presidential debate when she tweeted on her private account that the moderator should “talk over Mike Pence until he shuts his little demon mouth up.” She retweeted another user’s tweet calling Pence a “scumbag lying sonofabitch.”

A conservative outlet used the tweets in an article about college faculty’s criticism of Pence in the debate. The tweets also caught the attention of Texas Rep. Jeff Leach, R-Plano. According to a copy of a text message obtained by Burnett’s attorney, Leach reached out to Matkin asking if Burnett was paid with taxpayer dollars. Matkin confirmed she was and said he was “aware of the situation and will deal with it,” and that she was already on his “radar.”

Burnett’s attorney, Greg Greubel, who works for the Foundation for Individual Rights in Education, said the college spent $14,000 in legal fees trying to keep the text message from being released through an open records request.

Matkin wrote a letter to faculty saying they had been contacted by “college constituents” about faculty tweets about the debate, and that they would not “execute its personnel policies publicly,” a note Burnet said she interpreted to mean that disciplinary action was imminent.

Eventually, Burnett received a warning letter, known as an “employee coaching form,” reminding her not to use Collin College resources for private or personal conversations, including email. According to the lawsuit, Burnett interpreted the warning as an attempt to punish her for speaking publicly on matters of public concern.

In mid-February, Burnett saw a tweet from Leach that she had been terminated, which he characterized in his Twitter post as a “BIG WIN,” the lawsuit states. When she responded to Leach that she had not been fired, the state representative responded with the image of a ticking clock. Leach did not immediately respond to a request for comment.

Burnett’s lawsuit also states that nine days later, the college informed her that her contract would not be renewed for “subordination, making private personnel issues public that impair the college’s operations, and personal criticisms of co-workers, supervisors, and/or those who merely disagree with you.” Burnett said the college did not provide specific examples as to how she had violated the college’s personnel policies. She filed an internal appeal, which was denied.

Jones claims in her lawsuit that her contract was not renewed because of her comments on social media about the school’s COVID-19 plan but also two earlier incidents.

The first was in 2017, when Jones signed a petition to remove Confederate statues from a Dallas park and wrote on it that she was a Collin College professor. At the time, the school asked her to remove the college’s name from her signature. Jones said in her lawsuit that she was never warned that signing the document in that way risked her employment.

Jones’ lawsuit states that a printed copy of that interaction was slipped into her employment record last year, at the same time she was pushing back against the school’s COVID-19 reopening plan through her work on the school’s faculty council.

The second time Jones was asked to remove her affiliation with Collin College from a public record was last year as she was working to launch the college chapter of the Texas Faculty Association. Her lawsuit states that Collin’s dean for academic affairs asked her to remove a reference to the school from her contact information on the TFA website.

Jones is seeking reinstatement as well as compensatory and punitive damages against Matkin and Jenkins.

Texas’ new secretary of state doesn’t deny Joe Biden’s 2020 victory, but he’s still prioritizing an election auditFor Texans who want a child but have difficult pregnancies, the new abortion law just made that journey even harder