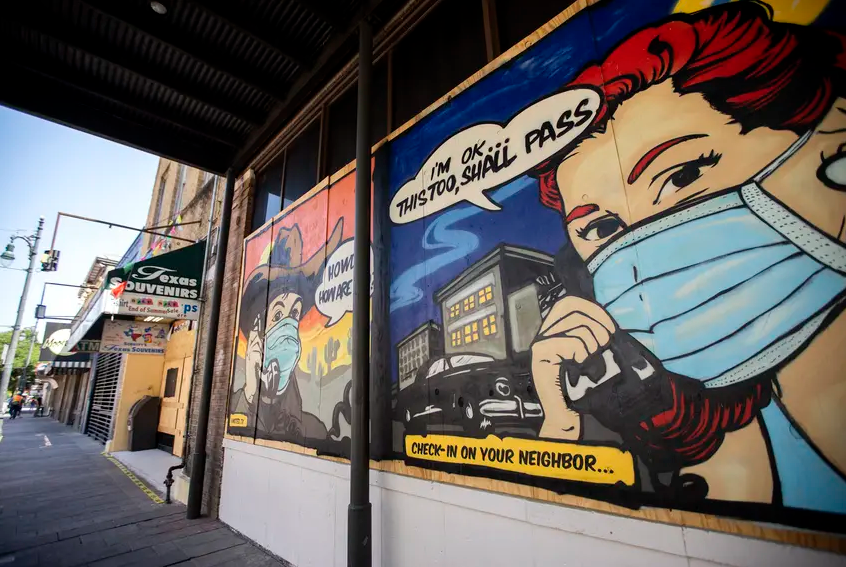 The amount of unemployment benefits coming to Texans remained up in the air Monday as confusion persisted over President Donald Trump’s weekend executive orders designed to provide economic relief from the pandemic.

On Saturday, Trump ordered that eligible unemployment recipients receive an extra $400 weekly — but only if states administer the funds and provide $100 of that amount. The order prompted bipartisan questions from governors about the administrative burdens and costs for states, along with questions about whether Trump had the constitutional authority to issue such an order.

On Monday, Texas leaders didn’t say whether the state would pay the money. The Texas Workforce Commission issued a statement to multiple news outlets that it’s “currently reviewing the presidential memoranda and will provide additional information as soon as it becomes available.”

For weeks, 1.6 million Texans were receiving an extra $600 weekly thanks to federal legislation designed to help keep Americans and businesses afloat. Funding for those benefits expired at the end of July, and Congress has been unable to reach a deal to restart the payments.

Trump’s orders on Saturday sought to circumvent Congress, though he’ll likely face legal challenges about whether that’s allowed. The order aims to divert money allocated to the Federal Emergency Management Agency for hurricane relief into the unemployment supplement. Trump’s order calls on states to use money from the federal Coronavirus Relief Fund — or other state funding — to pay for its share of the unemployment benefits.

States across the country have been hit hard financially by the pandemic. Texas Comptroller Glenn Hegar projected in July that the state would face a $4.6 billion deficit in 2021 and that revenue for the current two-year budget period would be $11.5 billion less than originally estimated.

But even if it were to hold up in court, it remains unclear how exactly Trump’s order would work. CNN reported Monday that the U.S. Department of Labor issued guidance that states could count their existing unemployment payments toward the $100 they are required to contributed. If that were the case, it would possibly lower the supplemental payments Texans receive to $300 per week, according to the report.

Governors on Monday urged Congress to reach a deal to extend the program legislatively.

“The best way forward is for the Congress and the Administration to get back to the negotiating table and come up with a workable solution, which should provide meaningful additional relief for American families,” said New York Gov. Andrew Cuomo, a Democrat and the chair of the National Governors Association, and Arkansas Governor Asa Hutchinson, a Republican and the NGA vice chair.

The Democratic U.S. House has already passed a bill that would authorize $600 weekly payments funded by the federal government as part of a massive and sweeping $3.4 trillion measure. Republican leaders in the Senate meanwhile have pushed for a narrower proposal, and have accused Democrats of holding the extra payments hostage in negotiations. Talks did not appear to be progressing Monday and, while the Senate remains in session for negotiations, it has not scheduled votes.

A spokesperson said Monday that Cornyn “supports extending an added federal benefit on top of the normal unemployment insurance.”

Cruz, meanwhile, reiterated that he believes the expanded unemployment compensation will only make it harder for Texas’ economy to recover.

“As Sen. Cruz has repeatedly said, Congress should be focused on helping Americans safely return to work and restoring hope and optimism across the country – not keeping the economy shutdown by paying people more to stay at home and not work,” a Cruz spokesperson said.