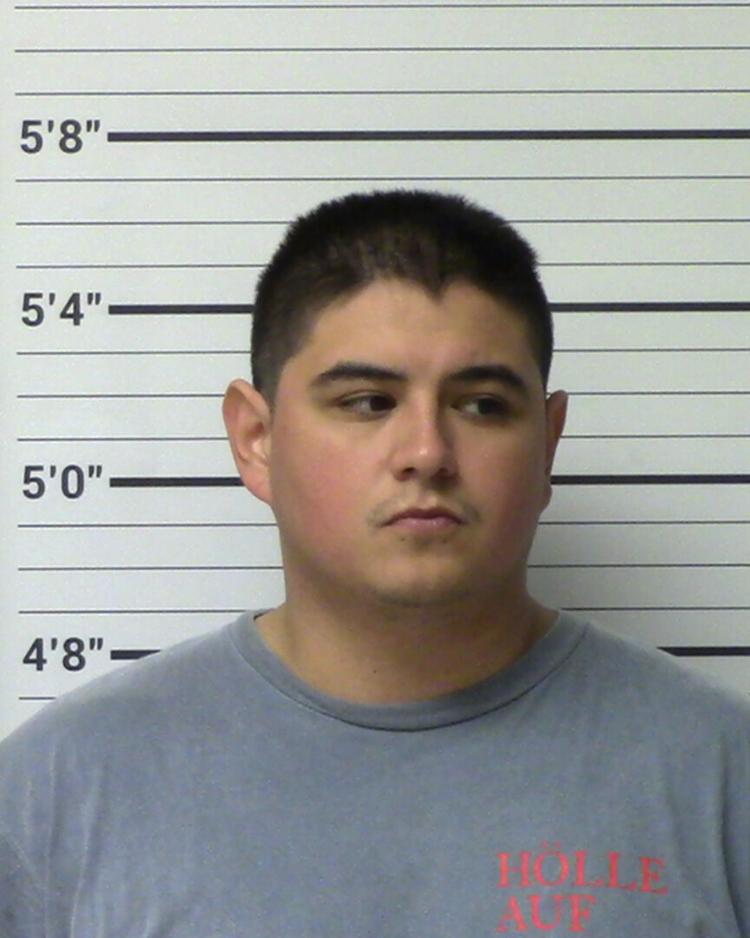 A Kerrville man has been sentenced to prison for fracturing the forearm and wrist of a 15-month-old boy under his care last year.

Before sentencing Chidester, Pattillo read statements from investigative reports indicating the defendant had initially lied to police about his involvement in the baby’s injuries at least three times.

Chidester has three children by two women, and one baby on the way with a third woman, a fiance. The fiance told Pattillo she didn’t have anyone to help take care of the baby once it’s born and indicated she wanted Chidester to be a husband and father at home.

“This man should never be allowed around any children,” stated a victim impact statement written by the mother of the child victim.

The mother, who was Chidester’s girlfriend and didn’t have a child with him, described how he twisted her baby’s wrist just after the March 26, 2019, incident in an effort to prove that the child wasn’t hurt. She also described briefly losing her children to CPS because Chidester didn’t come forward immediately. In her statement, she said she wanted the maximum penalty allowable under the law.

“Any less would not be fair to myself or my baby,” states the mother’s victim impact statement.

In January, Chidester pleaded guilty to yanking the boy off of a bed onto the floor and then yanking the baby up again on March 26, 2019. Chidester and the baby’s mother took the baby to the hospital two days later once they noticed severe swelling to the child’s arm, according to information presented in court.

A medical report also showed newer fractures to a lower leg and an ankle, but the causes of these injuries was never determined. The child also was losing hair, probably due to severe stress, according to evidence presented in court.

A condition of Chidester’s plea agreement with the 216th District Attorney’s Office was that he face a potential prison sentence of no more than 15 years. During today’s sentencing hearing, he, his attorney and several friends and family members argued for probation. Lucy Wilke, 216th district attorney, argued for 15 years in prison.

Chidester’s criminal history over the last 14 years includes at least 11 misdemeanor convictions and seven probation agreements, three of which he violated. He’s been convicted of assaulting a woman, interfering with an emergency phone call twice, at least four counts of possessing marijuana, one count of dealing marijuana, and possessing an illegal weapon. When he was a juvenile, he was put on probation after a vehicle burglary and a home burglary, and after at least one marijuana possession accusation. He has a pending charge of violating a protective order.

“It would seem that the state has tried for a long time to rehabilitate you,” Wilke said during the hearing.

During the hearing, Chidester took the stand and admitted to initially denying being responsible for the fractures “out of cowardice.” Investigators searched his phone and found he’d sought online for answers to questions such as “what happens when you squeeze a baby too hard,” “how much force does it take to cause shaken baby syndrome,” “what happens when you squeeze a baby’s chest too hard,” and “does CPS use polygraphs;” and he also searched terms related to “head trauma,” “criminal charges for shaken baby syndrome,” and “infant broken arm.”

Information indicating when Chidester can be considered for parole wasn’t immediately available.

Nearly 600,000 Texans will lose access to a program that prevented electricity shut-offs during the pandemic on Oct. 1Remote learning was chosen by 27.7% in BISD