What do new variants of the coronavirus mean for Texans, and how can we best protect ourselves? 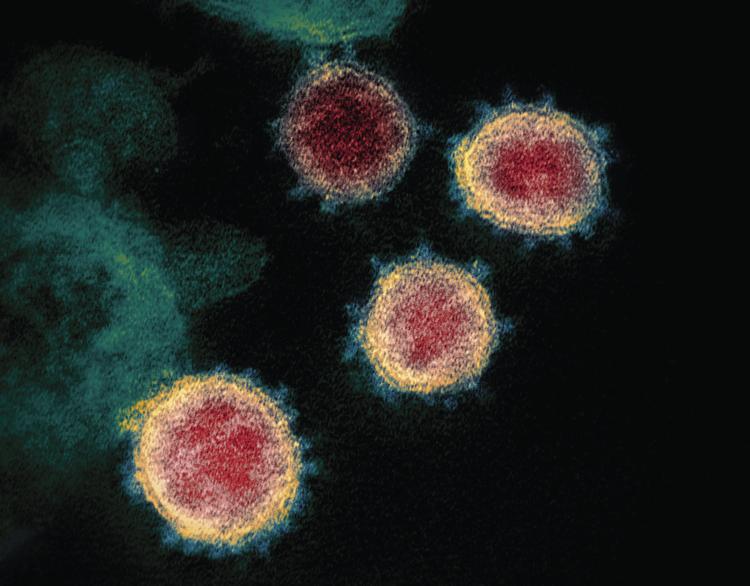 It’s been less than a month since health officials reported the first known case of a new and more contagious coronavirus variant in Texas. The man, a Harris County resident, had no travel history. That likely means the variant had already circulated the county or Texas, health experts said.

As of Jan. 25, Texas had seven of these cases, including in Dallas and Nueces counties, said Dr. Sherri Onyiego, the local health authority for Harris County. The variant known as B.1.1.7 was first identified in the United Kingdom. And just this week, a Brazilian variant of the virus, known as P.1, was discovered in Minnesota and a South African variant known as B.1.351 was identified in South Carolina. Texas health experts say even though vaccinations are ramping up, people should continue taking precautions to avoid exposure to the virus, especially with the emergence of these new variants.

Texas has distributed more than 2.1 million doses of the COVID-19 vaccine, according to the Centers for Disease Control and Prevention. But the state is still months away from the vaccine being available to most Texans.

“We’re obviously enthusiastic and optimistic about the vaccines being deployed, but we just don’t have enough of the supply to meet the current demand,” said Onyiego. “That’s why we are going to have to rely on those tried and true prevention measures.”

But what else must Texans know and do to keep each other safe? Here’s what Texas health experts say.

How many different coronavirus variants are there?

Viruses frequently change by mutating, and the coronavirus is no exception. But Texans shouldn’t panic or stop taking preventive measures, says Dr. Diana Cervantes, assistant professor of epidemiology at the University of North Texas Health Center at Fort Worth.

“People think about this as a movie thing, these terrible mutants that are going to wipe us out … there’s nothing that we can do,” she said. “This couldn’t be further from the truth.”

Since the fall, the CDC says there have been several new variants identified worldwide: a UK variant (B.1.1.7), a South African variant (B1.351) and a Brazilian variant (P.1).

How many of the variants are in Texas?

It’s challenging to know the exact number of variants out in the world, or currently in Texas, says Dr. John Carlo, a doctor on the Texas Medical Association’s COVID-19 Task Force.

“We aren’t fully testing every specimen of the virus that we are receiving, so we only know about these variants through selective surveillance that labs are receiving,” he said. “It’s very likely that there are other variants out there that we don’t know about.”

Checking for these variants happens by analyzing a random sample of COVID-19 tests, so there is a possibility that some mutations might be missed. With all viruses, some variants eventually disappear while others persist. Only time will tell how these variants will affect people and how extensive they will be.

For now, Texas can only sequence the virus — break it down to see its structure — but it must send that data to its partners at the Utah Public Health Lab to perform the analysis and variant identification, he said. The state is currently working on putting that infrastructure in place to perform its own analysis, which should be available sometime in February.

Are these new variants more dangerous?

It’s too early to say. The limited research currently available shows the new variants that have been identified so far are not deadlier, according to the CDC. But they are more contagious, which can lead to more cases. More cases can lead to more hospitalizations and, potentially, more deaths, Onyiego says.

“It sort of causes a domino effect,” Onyiego said. “The more cases, the more hospitalizations. Especially with people who have underlying conditions.”

Scientists have recently expressed concerns about the Brazilian variant, because it seems to spread faster than other variants. The U.K. variant took about three months to dominate the outbreak in England, but the Brazilian variant took only about a month, NPR reports. There is also evidence that this variant might be able to evade the antibodies from the original coronavirus strain. That means people could get sick from the virus twice. But it’s still too early to know why this variant acts this way.

A more contagious variant can also cause an additional strain on the state’s medical resources, some of which are already being stretched thin. Earlier this month, more than 50 Texas hospitals reported that their intensive care units were 100% full or higher. (You can search the ICU occupancy at hospitals near you here.)

Many cities have had to divert patients to other hospitals as their local ICUs overflow, in addition to expanding and converting available beds to treat ICU patients.

“They can expand and get creative with various things to take care of COVID-19 patients, but that’s not the goal,” Onyiego said. “We also know there are other issues that are impacting our community, like strokes or heart attacks. People also need the hospital for other reasons.

Ultimately, the most effective way to curb new variants is to prevent spreading the virus and giving it a chance to mutate, Cervantes said.

“Transmission is very complicated, and it’s not just one thing,” she said. “It’s not just the new variant that’s going to increase transmission. More than likely, it’s going to be going out in crowds, being close to people, not wearing your mask or being in confined spaces.”

Will the vaccine protect me against the new variants?

Although the coronavirus has mutated slightly, the vaccines still seem to give some level of protection to the people who get them, says Onyiego. The exact level of protection might be more or less depending on the variant, reports The New York Times.

For example, the Moderna and Pfizer-BioNTech vaccines, while still effective, have shown to offer less protection against the South African variant. Moderna said it has started developing a new form of its vaccine that could be used as a booster shot against the variant in South Africa.

It’s also important to remember that vaccines are not 100% effective against any virus. But having the vaccine is still better than not, says Cervantes.

“Vaccines are not a black or white yes or no, and anything is better than nothing,” she said. “Maybe it doesn’t keep us from getting it, but it will shorten the time we’re sick. That’s a big win in our day-to-day lives.”

How can I protect myself from getting the new variants?

Keep doing what you’ve been doing. The Texas Department of State Health Services is asking Texans to “re-double their safety efforts and behaviors, like wearing a mask, maintaining distance from people not in their household and practicing frequent hand sanitizing,” according to Loveday, the agency’s spokesperson.

Onyiego also recommends limiting gatherings with people outside of your household. So maybe spend less time inside the grocery store the next time you’re running errands. Also, get tested frequently.

“Testing is another important tool that we have in our toolbox,” she said. “About 40 to 50% of people who are infected with the virus don’t have symptoms. That’s why it’s important to tell folks to get still tested regardless of whether they have symptoms or not.”

Double-masking can help when people are in a situation where they may need extra protection. Several health experts have recommended doing so as a way to keep safe from the new, more contagious variants. Dr. Anthony Fauci, the nation’s top infectious-disease expert, said in an interview with the “Today” show that wearing two masks, “just makes common sense that it likely would be more effective.”

Texas health experts say two masks isn’t always necessary, but wearing the right mask is. They recommended Texans wear a multi-layered, well-fitted mask covering both their nose and mouth. Wearing two masks could be handy when you’re at the grocery store but probably unnecessary if you’re outside walking your dog, Onyiego said.

Experts caution Texans against panic buying N-95 masks just because of reports of new variants. The blue masks you can get at the pharmacy or a thick cloth face mask are still effective.

“A mask isn’t a magic pill that is going to protect you,” Cervantes said. “It’s one of many layers of protection.

“As much as everyone is getting tired of them, including myself, it’s the most responsible and simplest thing you can do when these variants happen.”

Carlo recommends staying away from people who aren’t following protocols to keep safe during the pandemic.

“If you’re around people who aren’t doing that, then you need to think, ‘Maybe I just need to avoid this situation altogether,” he said.

Texas Prepares to Test for Lead in Schools’ Drinking Water for the First TimeTexas GOP fires staffer after a video from Capitol riot and spread false conspiracy theories at D.C. pizzeria