U.S. Rep. Ron Wright, of Arlington, hospitalized due to complications from cancer treatment 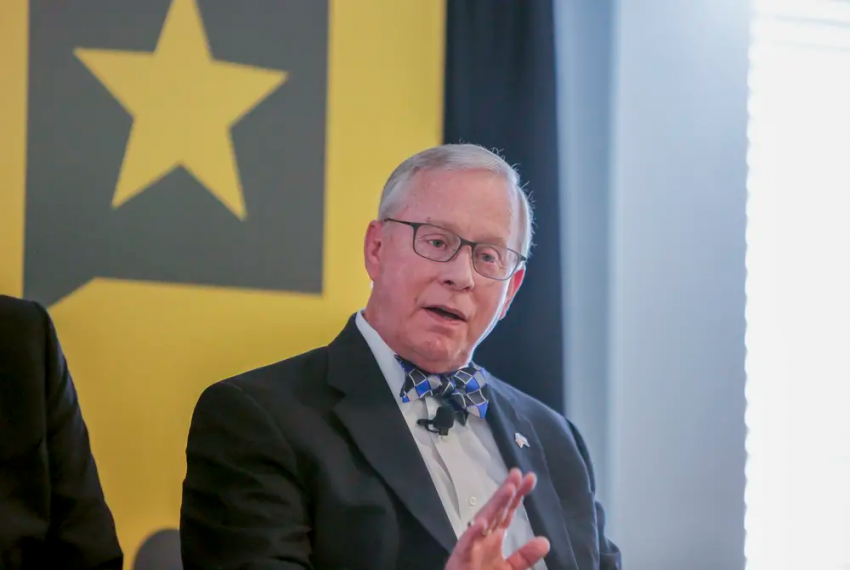 By Abby Livingston at the Texas Tribune, September 15, 2020

WASHINGTON — U.S. Rep. Ron Wright, a freshman Republican, has been admitted into a Dallas hospital while undergoing cancer treatment.

His campaign said in a statement that he has been at Baylor Medical Center in Dallas since Sunday “due to complications surrounding his treatment.”

“Congressman Wright has been in a tough battle with cancer this year, after overcoming a first bout with the disease in 2018,” the news release said.

Wright announced in July 2019 that he had cancer again and was undergoing radiation treatment. He said at the time that he planned to keep a busy schedule and had no plans to slow down. Earlier this month, he was admitted to the National Institutes of Health in Bethesda, Maryland, for treatment before returning home to Arlington, his campaign said.

“The Wright family appreciates the prayers and well wishes offered by everyone,” his campaign said in the news release.

Wright represents the 6th Congressional District, which includes his Arlington political base and stretches south to rural areas that include Waxahachie and Corsicana. The former tax assessor-collector for Tarrant County, he first took office after the 2018 election, replacing former U.S. Rep. Joe Barton, R-Ennis. He’s running for reelection this fall.