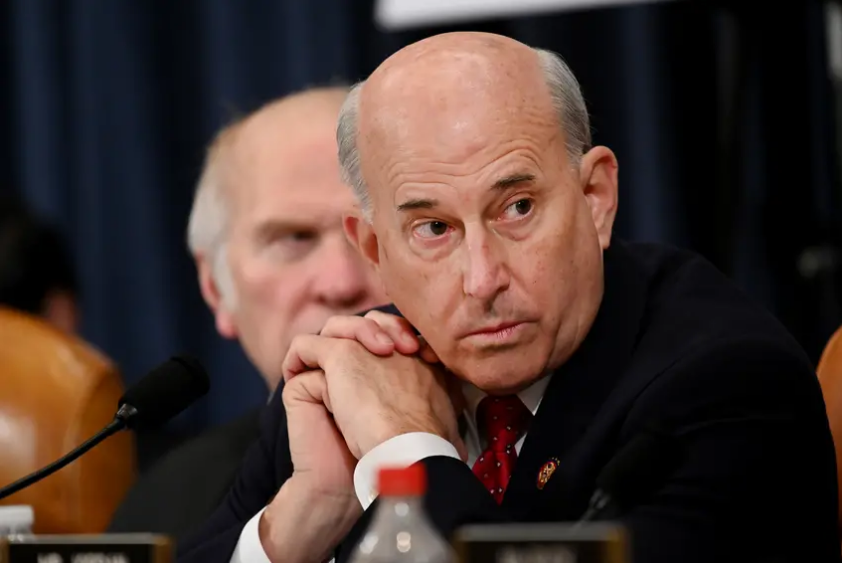 U.S. Rep. Louie Gohmert, R-Tyler, has tested positive for the new coronavirus, he said in an interview with East Texas Now where he speculated that he may have caught the virus from wearing his mask.

Gohmert, who spends ample time on the U.S. House floor without a mask, was one of several Texas officials scheduled to fly to West Texas this afternoon with President Donald Trump. He took one test, which tested positive, then took a second test during a pre-screen at the White House which also tested positive.

“I can’t help but wonder … if I injected the virus into my mask when I was moving,” he said in an interview.

Medical experts and doctors overwhelmingly recommend wearing masks as a way to reduce spread of COVID-19. Recent research suggests that masks could protect the wearer from severe symptoms of COVID-19 or from catching the virus entirely.

Gohmert, 66, was one of several lawmakers who participated in a hearing of the House Judiciary Committee that also took place Tuesday. He walked around the hearing room and outside without wearing a mask. News of his diagnosis was first reported by Politico and later confirmed by ABC News.

“I’m fine. I feel fine. Totally asymptomatic,” he said. “If I hadn’t been going with the president, since I don’t feel badly, I would never have known.”

Gohmert said he received guidance from the doctors at the White House and the attending physician at the Capitol that he only needed to self-quarantine for 10 days. He said he will drive back to his East Texas home and that his staff is all getting tested for the virus.

According to CNN, U.S. Rep. Kay Granger, R-Fort Worth, was seated next to Gohmert on a flight from Texas on Sunday evening. She is also self-quarantining, according to her office.

The Republican lawmaker has been known for speaking at length with Capitol colleagues while not adhering to social distancing guidelines. Last month, he told CNN that he was not wearing a mask because he was getting tested regularly for the virus.

“I don’t have the coronavirus, turns out as of yesterday I’ve never had it,” he said in June. “But if I get it, you’ll never see me without a mask.”

Gohmert also raised eyebrows in March after returning to the Capitol despite potential exposure to the virus at the Conservative Political Action Conference. Though he said at the time he was cleared by a Centers for Disease Control and Prevention physician to resume Capitol business, other lawmakers who attended the conference, including U.S. Sen. Ted Cruz, R-Texas, opted to self-quarantine.

Texas, however, has recently become a hotspot for the coronavirus, with the state having some of the highest case counts in the nation. The governor previously issued a statewide mask mandate.

“When individuals refuse to take the necessary precautions it puts everyone at risk,” he wrote. “I’ve regularly instructed all Members to wear their masks and hope this is a lesson by all my colleagues.”

Circle B Ranch, RR 335 on the Nueces River — Landing Strip ConstructionTrump rallies oil and gas workers in the Permian Basin against Democrats ahead of the November election