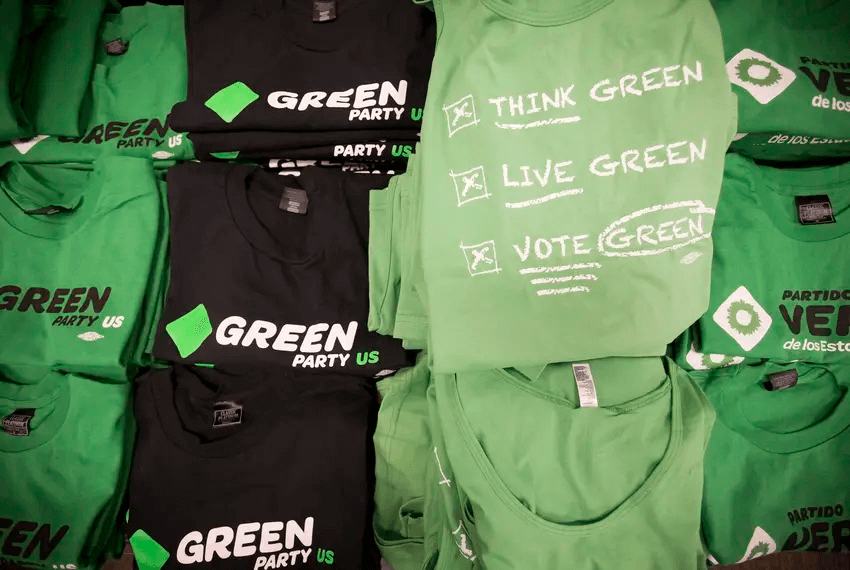 By  Patrick Svitek and Alexas Ura at the Texas Tribune, September 15, 2020

Days before the deadline to mail ballots to overseas and military voters, the Texas Supreme Court ordered three Green Party candidates to be restored to the November ballot after Democrats had successfully sued to remove them.

The ruling, one of two issued by the Supreme Court on Tuesday that affects mail-in voting procedures, will lead to a scramble at county elections offices. The offices must now update their overseas and military ballots by the Saturday mailing deadline and send new corrected ballots to replace any that had already been mailed.

Last month, a state appeals court last month sided with the Democrats, who were seeking to kick the candidates off the ballot because they had not paid filing fees. The three candidates are David Collins for U.S. Senate, Katija “Kat” Gruene for Railroad Commission and Tom Wakely for the 21st Congressional District.

The Texas Green Party appealed the decision to the state Supreme Court, which ruled Tuesday that the secretary of state “shall immediately take all necessary actions to ensure these candidates appear on the” November ballot. The Supreme Court did not give its rationale, but said a full opinion was forthcoming.

Also on Tuesday, the Supreme Court again blocked Harris County from sending mail-in ballot applications to all of its 2.4 million registered voters. Texas Attorney General Ken Paxton had requested the move, arguing in a filing that the mailing of the ballots would confuse voters. Unlike many states, Texas has not expanded mail-in ballot procedures during the coronavirus pandemic.

Texas allows voters to cast ballots by mail if they over 65, will be out of the county during the election period, confined in jail but otherwise eligible, or if they cite a disability, which the state defines as a physical condition or illness that makes a trip to the polls a risky endeavor.

The Green Party ruling is the latest development in a spate of legal battles over third parties on the November ballot. At issue is a new requirement that third parties pay filing fees like Democrats and Republicans do. The law, passed last year by the Legislature, is the subject of multiple legal challenges, and many third-party candidates had not paid filing fees amid the pending litigation.

While the Democrats were initially successful in booting the three Green Party candidates off the ballot, Republicans more recently failed in their bid to remove 44 Libertarians from the ticket for a similar reason. In rejecting the GOP effort earlier this month, the Supreme Court said the party waited too long to raise the issue.

The Green Party focuses on issues such as climate change and social justice, regularly leading to complaints that it siphons votes away from Democrats. Libertarians, who promote limiting the scope of government, are often believed to draw votes from Republicans.

Tuesday’s ruling involves some of the state’s highest-profile races this fall. U.S. Sen. John Cornyn, R-Texas, is in a competitive reelection race against Democratic challenger MJ Hegar, while in the 21st District, Rep. Chip Roy, R-Austin, faces a tough challenge from Wendy Davis, the 2014 gubernatorial nominee.

The Texas Democratic Party called the decision by the all-Republican Supreme Court a political move. In a statement, the state Democratic Party chairman, Gilberto Hinojosa, said the court was helping the Green Party “flaunt” the 2019 law, creating last-minute confusion in the balloting process.

“All of this because the Republican Party believes this will give them a better chance to hold on to power,” Hinojosa said.

With Saturday’s mailing deadline, it’s crunch time for finalizing ballots across the state. The state’s most populous county, Harris County, wrote to the Supreme Court on Monday saying that “it is too late to make changes,” even if the court acted that day.

In an email sent to county election officials shortly after the Supreme Court’s ruling, the Texas secretary of state indicated that counties that had already sent out mail ballots would need to send a corrected version “as soon as possible.”

“The Supreme Court’s ruling and ballot change will not be an acceptable excuse for missing the [Sept. 19] deadline,” wrote Keith Ingram, the state’s director of elections. “That deadline must still be met.”