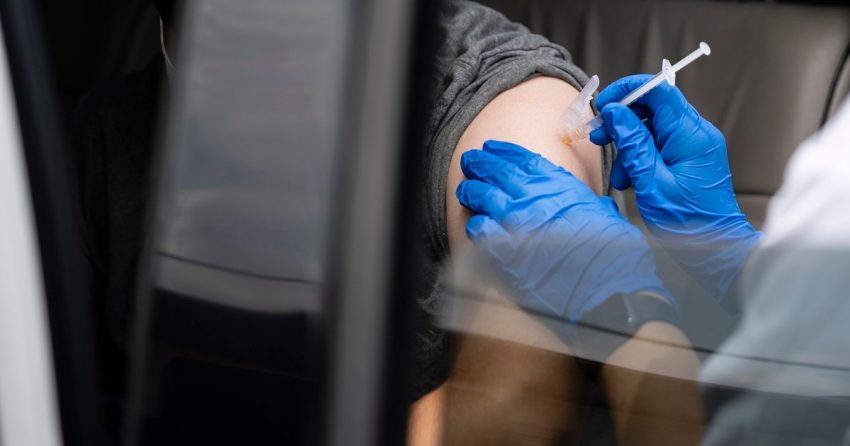 Attorney General Ken Paxton, on behalf of the state, sued the Biden administration on Friday over its coronavirus vaccine mandate for federal contractors.

The federal requirement, which is set to take effect Dec. 8, calls on all federal workers and contractors to be vaccinated against COVID-19. The Texas lawsuit comes after similar suits filed by Florida and Georgia, along with several other states.

“The Biden Administration has repeatedly expressed its disdain for Americans who choose not to get a vaccine, and it has committed repeated and abusive federal overreach to force upon Americans something they do not want,” Paxton said in a statement. “The federal government does not have the ability to strip individuals of their choice to get a vaccine or not. If the President thinks his patience is wearing thin, he is clearly underestimating the lack of patience from Texans whose rights he is infringing.”

Paxton and fellow Republican Gov. Greg Abbott have been at war with local and federal officials over vaccinate mandates. Earlier this month, Abbott expanded an executive order to block the requirement for any entity in Texas, including health care facilities and private businesses. He previously banned cities, counties, school districts and state agencies from requiring vaccines. Lt. Gov. Dan Patrick has tweeted that vaccination “should never be forced on anyone by the state or a private employer.”

The lawsuit alleges the Biden administration acted unconstitutionally in drafting the vaccine mandate policy. It also argues that the administration required congressional approval to enforce it.

In September, Biden issued a federal order mandating that all federal contractors be vaccinated — a move that includes major airlines, some of which are headquartered in Texas. At the same time, Biden required that private businesses with 100 or more employees either mandate vaccines or provide weekly coronavirus testing.

On Friday, the U.S. Supreme Court on Friday declined to block Maine’s vaccine mandate, though that request came from a group of health care workers who argued their religious liberty rights had been violated because the mandate did not allow for a religious exemption. The highest court has also rejected challenges to vaccine mandates at Indiana University and in a New York City school system.

Scientists and medical professional have supported efforts to increase vaccinations as research emphasizes the shots’ effectiveness in preventing infection, hospitalizations and death. About 53% of Texans have been fully vaccinated against coronavirus.