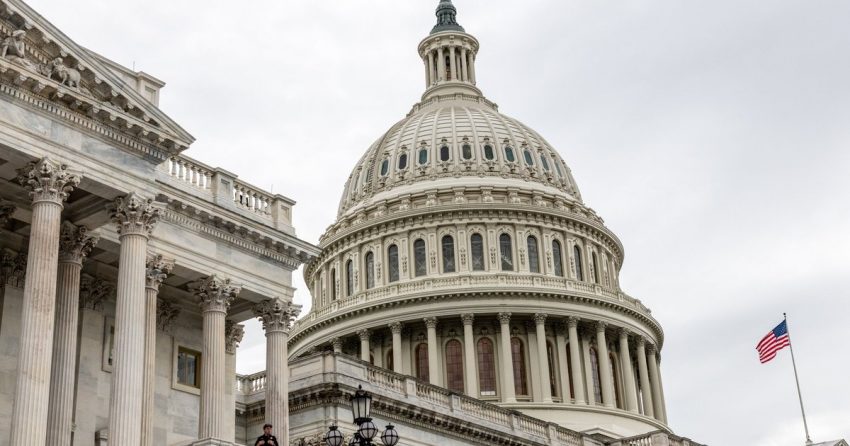 BY BETHANY IRVINE AND ABBY LIVINGSTON at The Texas Tribune, NOV. 3, 2021

WASHINGTON — Republican U.S. Sens. John Cornyn and Ted Cruz of Texas joined GOP senators to block a federal voting rights bill that would have restored protections for voters of color and helped override some of Texas’s new elections restrictions and redistricted political maps.

In what is likely to be the final push to restore a key part of the 1965 Voting Rights Act, the Democratic-backed elections bill fell short of the 60 votes needed to advance debate and avoid a Senate filibuster on Wednesday.

The John R. Lewis Voting Rights Advancement Act aimed to end state-level voting restrictions and bolster electoral protections for people of color, but ultimately failed in a 50-49 procedural vote that would have required 60 votes to move forward.

The bill’s failure marks a last-ditch effort by congressional Democrats to restore and expand sections of the Voting Rights Act and challenge voting restrictions enacted by an estimated 18 Republican-led state legislatures, including the Texas Legislature.

After the vote, Cornyn called the legislation “unconstitutional.” But one of the House Democrats who was at the center of the strategic fight to pass the bill responded in a critical news release.

“In choosing to block this bill, Republican Senators, including Texas’s two Senators, have once again put their political party ahead of those they were elected to serve,” said U.S. Rep. Colin Allred, a Dallas Democrat. “Nothing is more important than our democracy and we cannot lose hope.”

Republicans have said the restrictions are necessary to safeguard against voter fraud, despite no widespread evidence of voter fraud in the 2020 election. Democrats and voting rights activists argue these restrictive laws are a partisan attempt to disenfranchise voters of color and suppress votes.

The failed vote on the John Lewis Act comes days after Senate Republicans blocked the Freedom to Vote Act, a narrowed-down version of the sweeping For the People Act, that also would have superseded some of Texas’ new election law.

Named after the civil rights icon who died last year, the legislation restores the preclearance process established under Section 5 of the Voting Rights Act of 1965, which was gutted by the U.S. Supreme Court in the 2013 Shelby County v. Holder case. Under preclearance, states with a history of racial discrimination are required to obtain federal approval before altering their voting laws or electoral maps.

Prior to that ruling, members of both parties — including Cornyn — overwhelmingly voted to reauthorize the Voting Rights Act as recently as 2006. But in the last year, Republicans have put up nearly uniform opposition to rewrite the preclearance angles of the law in a way that would pass muster with the Supreme Court.

U.S. Sen. Lisa Murkowski of Alaska was the only Republican who voted to bring the bill to the floor.

“Those states and localities with that history would be subject to the preclearance regime under the new formula set up under the John Lewis Voting Rights Act, and Texas is very likely to be covered by that preclearance regime because of its persistent and recent history of voting, of policies that have been found to discriminate in voting,” said Eliza Sweren-Becker, counsel for the nonpartisan Brennan Center for Justice’s Democracy Program.

The bill also could have made Texas’ recently redistricted political maps subject to preapproval from the federal government. Historically, Texas’ redistricting process has come under heavy scrutiny for discriminating against people of color and has been the subject of extensive litigation. Even before Texas lawmakers voted on the final congressional districts, Hispanic and Latino groups and voters filed a lawsuit claiming the state’s latest maps are discriminatory by failing to create districts where voters of color have an opportunity to elect representatives of their choice.

“Year after year in Texas, our statehouse colleagues and other leaders in Texas have told Republicans don’t mess with Texas voters, but they won’t stop messing and trying to deny the vote,” Doggett told reporters.

With federal voting rights legislation in the Senate failing again this year, lawmakers are facing renewed calls to allow an exception to the filibuster for voting rights bills. However, party leaders will need to win over moderate Democratic caucus members Sens. Joe Manchin and Kyrsten Sinema, who have been reluctant to change the procedural rule.

“We have to make an exception for the future of democracy,” Doggett said last month.