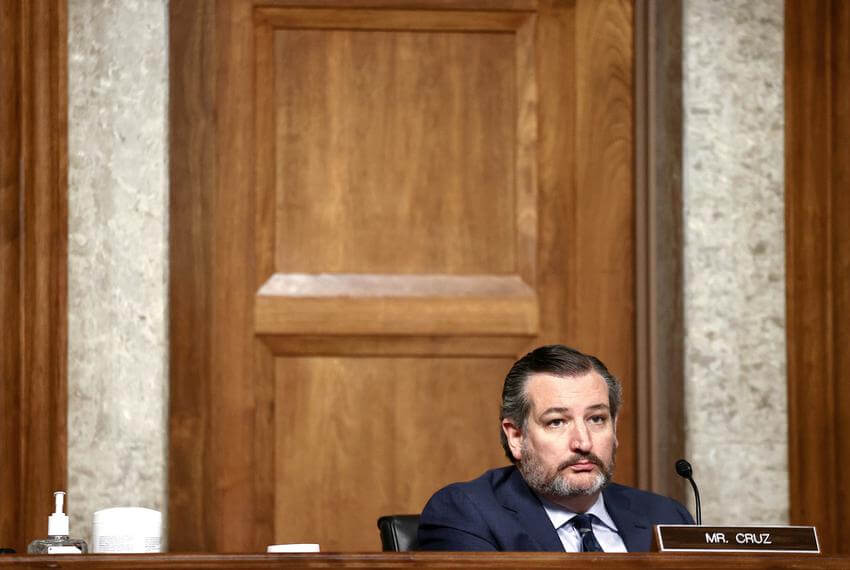 Continuing to pursue unsubstantiated claims of widespread voter fraud, U.S. Sen. Ted Cruz and some of his fellow GOP senators announced they would vote to reject the certification of Electoral College votes for the presidential election unless an emergency audit is conducted.

In a joint statement released Saturday, Cruz and the other senators cited “unprecedented allegations of voter fraud, violations and lax enforcement of election law” to back their vow to object to the certification vote set for Wednesday. Republican claims of election fraud in swing states have been discredited with election officials and U.S. Attorney General Bill Barr saying there was no evidence of widespread fraud that could have swayed the results of the presidential election.

The senators, led by Cruz, called on the appointment of an Electoral Commission to conduct a 10-day audit of the election results in “disputed states.” The statement does not list which states should be included, nor does it mention any specific cases of fraud.

“We are not naïve. We fully expect most if not all Democrats, and perhaps more than a few Republicans, to vote otherwise,” the statement reads. “But support of election integrity should not be a partisan issue.”

Joining Cruz in issuing the statement were Sens. Ron Johnson of Wisconsin, James Lankford of Oklahoma, Steve Daines of Montana, John Kennedy of Louisiana, Marsha Blackburn of Tennessee and Mike Braun of Indiana, along with Sens.-elect Cynthia Lummis of Wyoming, Roger Marshall of Kansas, Bill Hagerty of Tennessee and Tommy Tuberville of Alabama.

In their letter, the Republican senators noted Democrats have previously raised objections to the certification of election results, with a Democratic senator joining a House member to force up-or-downvotes in both chambers as recently as 2005.

The statement is the latest in efforts by some Republicans to cast unfounded doubts over President-elect Joe Biden’s November victory. Answering President Donald Trump’s call for lawmakers to challenge the results, Republicans’ responses have mostly come in the form of long-shot bids.

Texas previously sued to challenge the election results in Georgia, Pennsylvania, Michigan, and Wisconsin on the basis that those states implemented pandemic-related changes to election procedures that, Texas claimed, were illegal and cast into question the election results. The U.S. Supreme Court in December tossed the lawsuit. A federal judge on Friday dismissed a lawsuit by U.S. Rep. Louie Gohmert, R-Tyler, that also sought to overturn the election results.

Earlier this week, U.S. Sen. Josh Hawley, R-Missouri, said he would contest the certification of Electoral College votes — a move that’s unlikely to change the election result but would delay the process with floor debates.