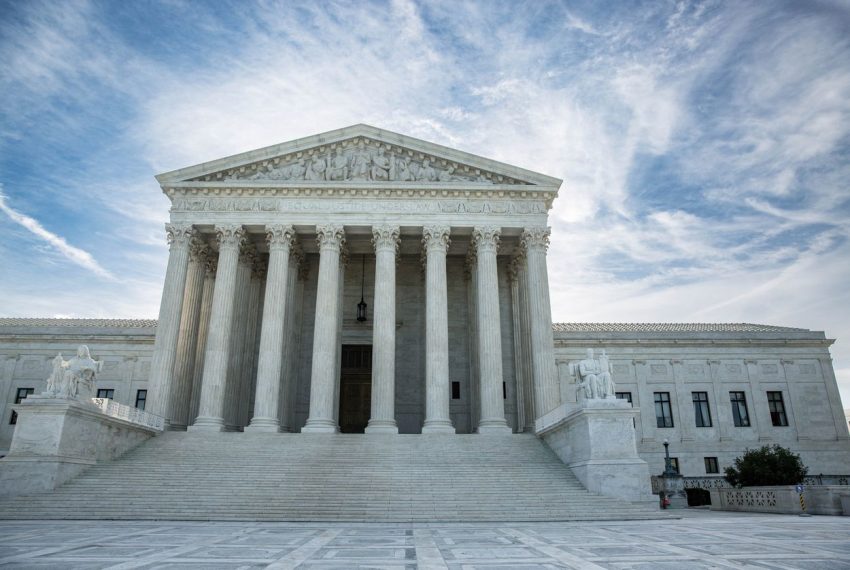 The U.S. Supreme Court.  Shelby Knowles for The Texas Tribune

The Supreme Court on Monday allowed the Trump administration to begin implementing new rules making it easier to deny immigrants residency in or admission to the country because they have or might use public assistance programs.

The court lifted a nationwide injunction imposed by a district judge in New York. That means the administration can begin applying the new standards, which challengers say would place a burden on poor immigrants, while legal challenges continue.

All four of the court’s liberal justices disagreed with the action.

The rules establish new criteria for who can be considered to be dependent on the U.S. government for benefits — “public charges,” in the words of the law — and thus ineligible for green cards and a path to U.S. citizenship. They were proposed in October but have never been implemented.

According to the new policy, immigrants who are in the United States legally and use public benefits — such as Medicaid, food stamps or housing assistance — or have at one time used public benefits, or are deemed likely to someday rely on public benefits would be suspect. The new criteria provide “positive” and “negative” factors for immigration officials to weigh as they decide on green card applications. Negative factors include whether a person is unemployed, dropped out of high school or is not fluent in English.

Opponents of the rule argue that punishing legal immigrants who need financial help endangers the health and safety of immigrant families — including U.S. citizen children — and will foist potentially millions of dollars in emergency health care and other costs onto local and state governments, businesses, hospitals and food banks.

Federal officials say the rule ensures that immigrants can cover their own expenses in the United States without burdening taxpayers for food, housing and other costs. U.S. officials note that the change is not retroactive and exempts refugees and asylees who fled persecution for safety in the United States.

The only thing standing in the way of implementing the new regulations was the nationwide injunction imposed by U.S. District Judge George B. Daniels.

Daniels sided with challengers who said the changes upend 130 years of how the “public charge” definition has been interpreted. Generally, it was used to cover an individual “who is or is likely to become primarily and permanently dependent on the government for subsistence.”

Daniels declared the proposed change would be “repugnant to the American Dream of the opportunity for prosperity and success through hard work and upward mobility.”

Several judges imposed injunctions such as Daniels’, but two courts of appeals — the 9th and the 4th — overturned them. Solicitor General Noel Francisco noted in his brief to the Supreme Court that the 9th circuit “held that the rule ‘easily’ qualified as a permissible interpretation of the Immigration and Nationality Act.”

The administration said the ruling by Daniels, and a decision of the U.S. Court of Appeals for the 2nd Circuit not to stay it, means that “decisions by multiple courts of appeals have been rendered effectively meaningless within their own territorial jurisdictions because of a single district court’s nationwide injunctions, starkly illustrate the problems that such injunctions pose.”

Challengers, led by the state of New York in this case, said the new rule “is a stark departure from a more-than-century-long consensus,” and the status quo should remain until the legal challenges are decided.

Allowing the new rules, New York Attorney General Letitia James said in a brief to the court, would inject “confusion and uncertainty into immigration … and deter potentially millions of noncitizens residing in plaintiffs’ jurisdictions from accessing public benefits that they are legally entitled to obtain.”