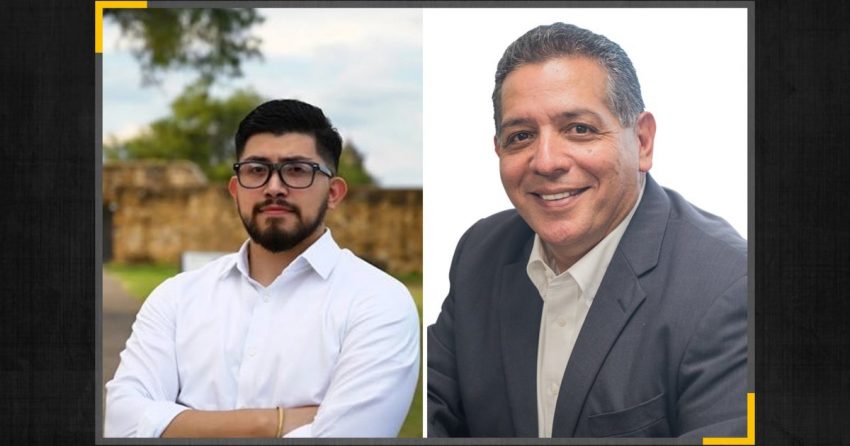 The special election runoff Tuesday for a state House seat in San Antonio carries high stakes, with Republicans working hard to flip it as part of their new South Texas offensive and Democrats making clear they are not taking anything for granted.

The race pits Republican John Lujan against Democrat Frank Ramirez for the Democratic-leaning seat that former state Rep. Leo Pacheco, D-San Antonio, vacated earlier this year. Lujan briefly held the seat in 2016; Ramirez is a former staffer for the San Antonio City Council and at the Texas Legislature.

Democrats are working to tie the Republican candidate to Gov. Greg Abbott — who has endorsed Lujan — and the decisively conservative turn that the state has taken under the governor’s watch this year. Lujan is running a campaign centered on bread-and-butter issues like public safety, but has said he supports policies like the near-total abortion ban that went into effect last month and Abbott’s executive order banning mask mandates amid the coronavirus pandemic.

“This election is a choice between our Democratic vision for a better, more prosperous future for all in Bexar County — and a Republican candidate who has already shown he will support Greg Abbott’s misguided policies, no matter the cost to our community,” Ramirez said in a statement Friday.

In an interview last week outside a Republican National Committee office opening in San Antonio, Lujan said Democrats were trying to inject “divisive” partisanship into the runoff, and he was instead focusing on public safety, jobs and education. Lujan is a veteran firefighter and former Bexar County sheriff’s deputy, and he has run ads online promising to fight efforts to “defund the police.”

As for Abbott, Lujan said he was happy to have his support but denied any close connection, saying he laughed at a Democratic suggestion he had seen that he was Abbott’s “handpicked” candidate.

“I don’t even know Gov. Abbott. You know, I met him a few times. He’s never ‘handpicked’ me,” Lujan said. “I just think he’s supporting me because he knows the kind of person I am.”

In addition to Ramirez, a national Democratic group is seeking to make Lujan answer for the state’s hard-right shift. Forward Majority, a super PAC that was a top spender in the fight last year for the Texas House majority, is running a Facebook ad that says Lujan is risking Texas jobs with a “divisive social agenda and radical anti-science policies.”

Lujan has kept things positive, saying the south side of San Antonio is known for “dirty politics” and he wants to “change the narrative.”

In a sign of the runoff’s far-reaching implications, it is not just statewide officials that have gotten involved but also dozens of House members on both sides.

Lujan had a large fundraising advantage in the first round, and it has continued in the runoff. As of Friday, he had reported $423,000 in contributions to the Texas Ethics Commission since Sept. 19, slightly doubling Ramirez’s haul for the same time period. Ramirez had more cash on hand, $85,000 to Lujan’s $43,000, as of Oct. 23.

Lujan’s top direct contributor in the runoff has been the campaign of House Speaker Dade Phelan, R-Beaumont, which cut a $50,000 check after funding polling for Lujan in the first round. It’s the first race that Phelan is seriously playing in since taking over the House leadership position in January, with more to come. A Phelan campaign spokesperson, Mari Bergman, said the speaker “will take an active role in the reelection of Republican House members and engage in open seats in the coming months.”

The House District 118 fundraising reflects Republicans’ determination to capture the seat as an opening salvo in their drive to make new inroads in South Texas after President Joe Biden underperformed there last year. Democrats worry a Lujan win Tuesday would only accelerate the narrative that the predominantly Hispanic region is slipping away from them.

During a virtual campaign event Monday with Beto O’Rourke, Ramirez said the nation is “watching and paying attention about what happens here, because national Republicans are saying this is a stepping stone to … South Texas.”

Democrats have reason to be concerned. Biden easily carried District 118 last year with 56% of the vote, defeating former President Donald Trump by 14 points. But in the initial special election last month, the Republican and Democratic candidates effectively tied, getting 50.3% and 49.7% of the vote, respectively.

Andrew Sanders, a political science professor at Texas A&M University-San Antonio, said the area “probably leans Democrat, but it’s also an area that I don’t think is immune to the challenges Democrats have seen in and around the border region” when it comes to messaging and turnout. Still, Sanders said local Democrats are faring better in this runoff than the last time they were upset — in a 2018 special election runoff for a state Senate seat — saying Ramirez is “young, he’s local, he’s known, he has good endorsements and the county party is” not as disorganized.

“I think he’s in a better position, but we’ve all been here before with Bexar County Democrats and special elections,” Sanders said. “There’s going to be caveats all over the place.”

Ramirez’s strengths were on display during a campaign event Thursday morning at Don Pedro Mexican Restaurant on San Antonio’s South Side. One supporter jokingly introduced Ramirez as “presidential,” while another assured the crowd of about three dozen people, including Pacheco, “He’s one of us. He’s from the neighborhood.”

As the crowd ate from a breakfast taco buffet, the 27-year-old Ramirez cracked jokes about his age, saying he has been coming to Don Pedro’s since he was a “little kid — and I think some people still call me that, though.” Turning to the race, Ramirez did not mention Lujan — but did invoke Abbott.

“I’ll tell you this: The governor’s running scared,” Ramirez said. “He tried to make this election harder than usual. … That doesn’t matter. We’re working hard to educate our people.”

The Bexar County elections administrator, Jacque Callanen, has said Abbott called the runoff too late for it to appear on the same ballot with the statewide constitutional amendment election that is also scheduled for Tuesday.

Lujan also is not pleased with the setup. “It’s just bad,” he said.

Whoever wins Tuesday will have to prepare for what will likely be another competitive race a year later — with more of an advantage for Republicans. Under the state House map that Abbott signed into law Monday, the district transforms into one that Biden carried by only 3 percentage points.

Disclosure: Facebook has been a financial supporter of The Texas Tribune, a nonprofit, nonpartisan news organization that is funded in part by donations from members, foundations and corporate sponsors. Financial supporters play no role in the Tribune’s journalism. Find a complete list of them here.