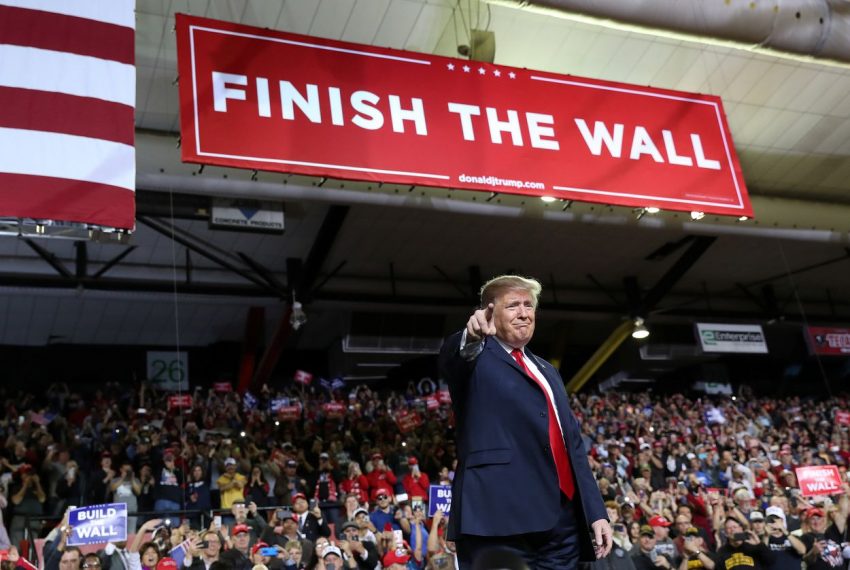 The event is set for Oct. 17 at the American Airlines Center. It’s his first visit to Texas since the U.S. House launched an impeachment inquiry.

By Patrick Svitek, The Texas Tribune.

President Donald Trump is heading to Dallas next month for a reelection campaign rally.

The event will be Oct. 17 at the American Airlines Center, his campaign announced Monday evening. The start time is 7 p.m.

“President Trump looks forward to celebrating the good news of the Trump economy and the vast accomplishments of his administration with the great men and women of Texas,” the campaign’s chief operating officer, Michael Glassner, said in a statement.

It will be his first visit to Texas since the U.S. House launched an impeachment inquiry. Trump’s last 2020 campaign rally in Texas was in February in El Paso. He has since returned to raise money for his reelection bid and to visit El Paso in the aftermath of the deadly shooting there in August.

The American Airlines Center is not a new venue for Trump. He headlined a rally there early in his 2016 campaign.

Trump won Texas by 9 percentage points in 2016 — the smallest margin for a GOP presidential nominee in the state in two decades — and recent polls indicate his reelection is anything but guaranteed here next year.

“Texas is the biggest battleground state. Trump knows he is vulnerable,” Manny Garcia, the state Democratic Party’s executive director, said in a statement responding to the rally news. “With hard work, unprecedented investment, and innovate programs, we know that victory is in our grasp.”

“You know, he loves those rallies,” Cornyn told Lubbock radio host Chad Hasty, predicting Trump will draw an enthusiastic group of supporters in Dallas — and some equally vocal protesters. “It’ll be quite a show.”