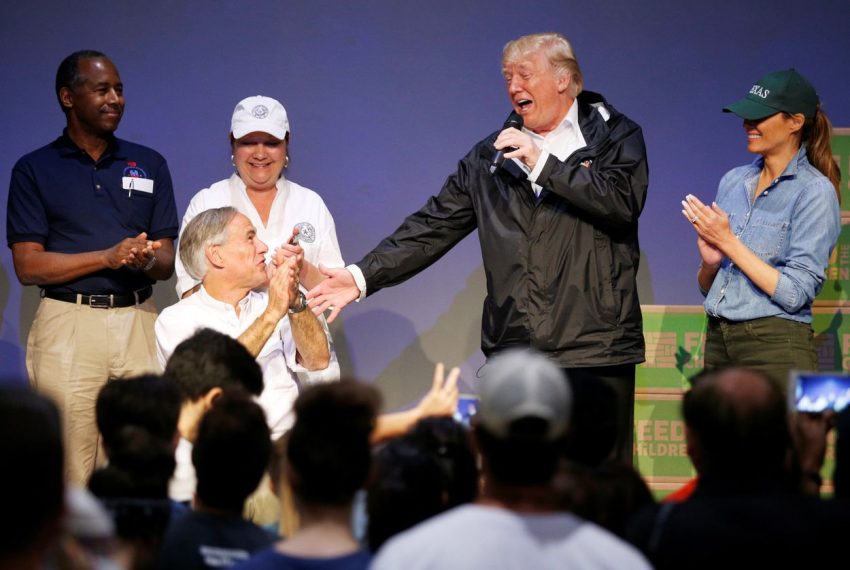 “Obama cut women’s health money in Texas for the state’s targeting of Planned Parenthood. Trump just restored it.” was first published by The Texas Tribune, a nonprofit, nonpartisan media organization that informs Texans — and engages with them — about public policy, politics, government and statewide issues.

The federal government is restoring funding for Texas’ publicly funded women’s health programs, bringing as much as $350 million into state coffers and sending a clear message to conservative states: It’s OK to defund providers affiliated with abortion.

The Wednesday announcement from the Trump administration reverses an Obama-era decision to cut federal women’s health funding to Texas starting in 2013. That came as punishment after the Texas Legislature excluded Planned Parenthood from the Healthy Texas Women program in 2011 because of the organization’s affiliation with abortion providers, though the women’s health program does not fund abortion.

“The Lone Star State is once again in partnership with the federal government to provide meaningful family planning and health services while fostering a culture of life,” Gov. Greg Abbott said in a Wednesday statement.

The decision was long awaited; Texas first asked the federal government — perceived under Trump as more sympathetic to Texas’ anti-abortion crusade — to help pay for its women’s health programs in 2017.

Healthy Texas Women offers family planning and health services such as pregnancy and sexually transmitted disease testing to low- and middle-income women. In 2018, it served approximately 173,000 people, according to the Texas Health and Human Services Commission. State officials said the restored federal funding, approved through 2024, would allow the program to reach more than 200,000 clients per year.

The federal government will pay 90% of costs for family planning services and a little more than half of the costs for other women’s health services. State funds will cover the rest.

Women’s health advocates, who have long condemned the state’s defunding of Planned Parenthood, criticized the decision.

“This waiver is a sham process meant to condone the targeting of Planned Parenthood and other women’s health care providers without actually improving services for women,” said Stacey Pogue, a women’s health expert from the left-leaning Center for Public Policy Priorities think tank.

Pogue said the federal funds will merely supplant money the state already spends and will not actually improve services for Texas women.

Roughly half of states have programs — largely paid for by the federal government — that offer family planning services to women who don’t qualify for full health insurance benefits through Medicaid. Texas has opted for years not to expand its Medicaid coverage to poor adults; most women who are eligible for the public insurance program are pregnant or disabled.

Eligibility for Healthy Texas Women is significantly broader, covering women whose family income is at or below 200% of the federal poverty level. Texas expects to spend about $100 million in state funds on the program through 2024, in addition to the $350 million from the federal government.

“This is certainly a change,” Ranji said. “Once one has been approved, it could pave the way for other states.”

Nationwide, 12% of women of reproductive age are uninsured, according to the Kaiser Family Foundation. In Texas, the rate is 24%.

Texas rebranded its state-funded services as the Healthy Texas Women program in 2016. Since then, the program has been no stranger to controversy. State health officials that year announced they would invest more than $1 million in an anti-abortion organization, the Heidi Group, to establish a network of clinics, doctors and and crisis pregnancy centers to help fill the void of women’s health providers left after Planned Parenthood’s defunding.

But the Heidi Group managed to reach only a tiny fraction of the number of women it said it would, and Texas canceled its contract in 2018.

In its 2017 application, Texas sought permission to dramatically overhaul Healthy Texas Women. On Wednesday, the federal government announced that it did not approve many of the requested changes, such as stricter income-eligibility criteria and a requirement that legal guardians review women’s health services provided to 15- to 17-year-olds. (The federal government will only fund Healthy Texas Women services to Texans age 18 or over.)

But as far as the exclusion of Planned Parenthood is concerned, federal officials made clear they were on board with Texas’ plan.

The federal government “believes that it would promote the objectives of Medicaid to provide the coverage of family planning services at issue even with the restrictions on freedom of choice required by Texas state law in place,” Seema Verma, Trump’s Medicaid chief, wrote to Texas health officials.

Disclosure: The Center for Public Policy Priorities, Planned Parenthood and the Kaiser Family Foundation have been financial supporters of The Texas Tribune, a nonprofit, nonpartisan news organization that is funded in part by donations from members, foundations and corporate sponsors. Financial supporters play no role in the Tribune’s journalism. Find a complete list of them here.

This article originally appeared in The Texas Tribune at https://www.texastribune.org/2020/01/22/donald-trump-restores-womens-health-funding-texas-stripped-obama/.

The Texas Tribune is proud to celebrate 10 years of exceptional journalism for an exceptional state. Explore the next 10 years with us.