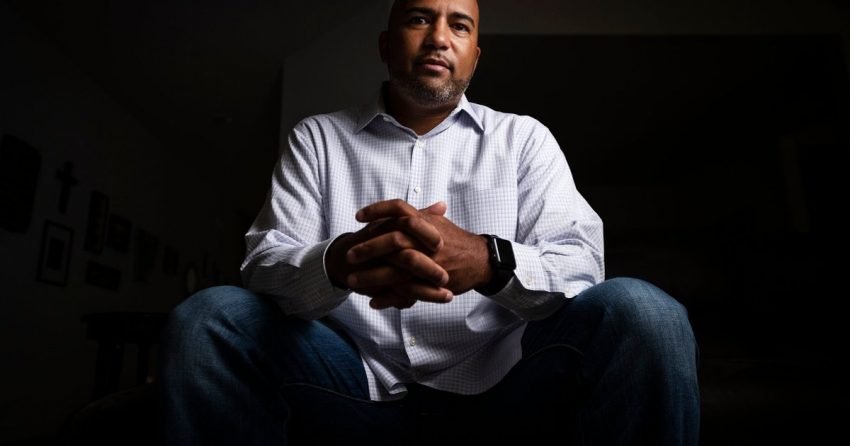 A Black North Texas principal has agreed to resign after being put on paid administrative leave in August amid accusations he was teaching and promoting critical race theory.

James Whitfield chose to resign from his position as principal of Colleyville Heritage High School and the school board unanimously accepted on Monday. His resignation won’t be official until Aug. 15, 2023. As part of a settlement between Whitfield and the district, he will remain on paid administrative leave until then.

“I’m ready to turn that next page,” Whitfield told The Texas Tribune on Wednesday.

The agreement seemingly puts an end to Whitfield’s arduous battle with the school district that date backs to July 26, when he was first accused of teaching critical race theory during a Grapevine-Colleyville Independent School District school board meeting by Stetson Clark, a former candidate for the district’s school board.

Clark said Whitfield was “encouraging the disruption and destruction of our district” because Whitfield, the high school’s first Black principal, wrote a letter to the community during the summer of 2020 detailing how hurt he was over the deaths of three Black Americans: George Floyd in Minnesota, Breonna Taylor in Kentucky and Ahmaud Arbery in Georgia.

In the ensuing days, Whitfield found himself at the center of the debate over how race is taught in Texas schools. He received a disciplinary letter from the district a few weeks later and was placed on administrative leave soon after that.

Colleyville is a majority-white city with only 1% of residents identifying as Black or African American, according to census data. The median household income tops $150,000.

Going forward, Whitfield believes his work in education isn’t done. Over the next year, he wants to work closely with educators and students, especially helping teachers who are fearful that what happened to him will happen to them.

“I know that there’s just so many people under these attacks and that’s my greatest fear because this profession means so much to me,” he said.

Whitfield added that he has no regrets over what has transpired over the last couple of months, he’s happy that he stood up for what he believed in and he hopes that’s what people can learn from his situation.

Critical race theory, or CRT, is an academic discipline usually taught at the university level. The theory’s central idea is that racism is not something restricted to individuals, but that bias is something embedded in policies and legal systems.

Opposition to critical race theory has become a rallying cry for Texas Republican leaders, who claim it’s indoctrinating students and teaching white students that they are racist. Lt. Gov. Dan Patrick has called it a “ridiculous leftist narrative.” Gov. Greg Abbott has called for it to be abolished in Texas schools.

Lawmakers eventually passed House Bill 3979, which restricts how teachers can discuss current events, encourage civic engagement and teach about America’s history of racism. And during the second special session, lawmakers successfully passed Senate Bill 3, a more restrictive version of the House bill that will replace HB 3979 on Dec. 2.

Among other things, SB 3 bans schools from making political activism part of a course and says teachers may not be compelled to talk about a “widely debated and currently controversial issue of public policy or social affairs.”

Now, GOP lawmakers have turned their attention to what books children have access to in schools.

Earlier this week, Abbott asked the Texas Education Agency, along with the Texas State Library and Archives Commission and the State Board of Education, to develop statewide standards preventing “obscene content in Texas public schools.”

State Rep. Matt Krause of Fort Worth, who is running for state attorney general, recently launched an inquiry into the types of books students can access in Texas schools, which included an 850-book list. The titles in the list range from children’s books and anti-bullying tips to novels that discuss racism and sexuality.