McDonald’s Selling a Meal Deal Named After a Texas Rapper 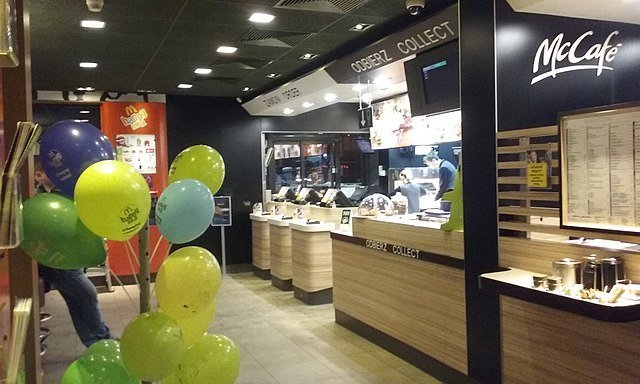 The combo meal includes a burger with cheese, bacon and lettuce, a medium order of fries with barbecue sauce, and a Sprite with ice. You can eat like Scott for $6

until Oct. 4 in the contiguous 48 states.

This is the first time a meal has been named after a celebrity since Michael Jordan in 1992.

In a commercial about the meal, Scott is portrayed as an action figure who says, “Wassup world” and more.

Scott’s website sells McDonald’s-themed gear such as the action figure, T-shirts, hats, a big chicken nugget pillow and a basketball. Prices range from $25 to $300. Fans will recognize the Cactus Jack imprint on some of the items. That is the name of Scott’s record label and his nickname.

According to McDonald’s, the month-long collaboration will involve not just burgers and fries but other upcoming surprises for fans.

At the launch of his namesake meal, Scott implied that the collaboration will include a charitable objective.

“I couldn’t be more excited to bring the Cactus Jack x McDonald’s collaboration to life,” said Scott. “We are bringing together two iconic worlds. Including a charitable component was key for me, and I can’t wait for people to see what we have in store.”

“Everyone has a favorite McDonald’s meal, no matter who you are,” McDonald’s U.S. Chief Marketing Officer, Morgan Flatley said. “Travis is a true McDonald’s fan having grown up visiting our restaurants in Houston, not to mention one of the biggest musical acts and cultural icons in the world.”

Bandera Roundup corrals big crowdTexans testing positive for COVID-19 is dropping, but the threat isn't over