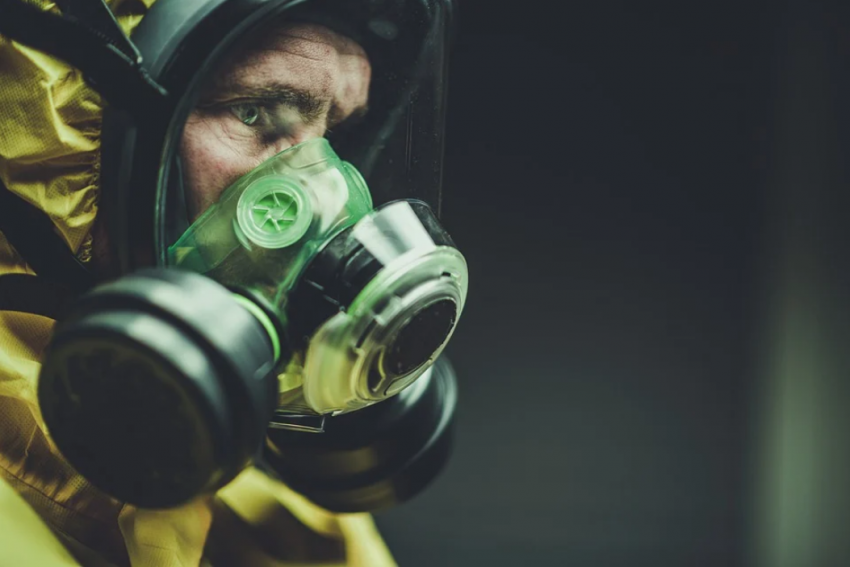 What’s the No. 1 coronavirus hot spot in America?

Is it Los Angeles County, which led the nation with nearly 200,000 confirmed cases on Aug. 2, according to Johns Hopkins University? Is it Miami-Dade County, Florida, which ranked second with more than 121,000 cases? Or is it Houston/Harris County, Texas, where nearly 75,000 cases have been recorded?

The answer, according to a recently leaked Centers for Disease Control and Prevention document: Columbia County, Florida.

If you’ve never heard of Columbia County, you’re not alone. It’s as obscure as most of the other COVID-19 hot spots identified in the CDC document, as reported in a Yahoo News story headlined “Nine of the Top 10 U.S. Coronavirus Hot Spots Are in Florida and Texas.”

A closer look at those so-called “hot spots” shows how public health officials too often use statistics to misinform the public about the COVID-19 pandemic.

By presenting a distorted view, those officials have sown confusion and undermined their own credibility with tens of millions of Americans.

In this case, the CDC defined a “hot spot” as a county with the most cases per 100,000 population over the most recent two-week period. The metric is prone to designate sparsely populated counties reporting temporary spikes in cases as being hotbeds of coronavirus infection.

More importantly, it provides no insight as to the nature of the “outbreak” in those counties.

Being named the country’s No. 1 coronavirus hot spot might be the biggest thing to happen to Columbia County since Lake City’s first mayor changed the town’s name from Alligator at his wife’s insistence.

At first glance, there’s nothing especially remarkable about Columbia County’s COVID-19 data. As of Aug. 1, it had 2,562 confirmed cases and just 10 deaths. A closer look shows that the county reported nearly 500 of those cases in a two-day period (July 20-21).

It turns out that there was an outbreak at the Columbia Correctional Institution, a state facility that can house 1,427 inmates. That outbreak, which involved hundreds of prisoners, accounts for 54% of the county’s COVID-19 cases.

Thus did Columbia County win the distinction as CDC’s hottest hot spot among the nation’s 3,141 counties.

A similar pattern prevails in two of the other four Florida “hot spots” identified in the CDC document.

On July 24, however, it recorded 84 cases, propelling it past 3,133 other counties on its way to the No. 8 slot. Not surprisingly, Glades County is home to a detention center operated by Immigration and Customs Enforcement. Two-thirds of its COVID-19 cases came from that facility.

Similar distortions are occurring with the data in Texas. Texas is no New York. While New York has 167 deaths per 100,000 population, Texas has 24.

Real County, Texas (No. 3) is located more than a two-hour drive northwest from San Antonio with a population just over 3,400 residents. That community did not see its first COVID-19 case until June 4 and had been exempt from any of Abbott’s mandates because the county caseload was less than 20.

That held true until July 23, when Judge Bella Rubio alerted the public to a significant increase in cases due to an outbreak at a local nursing home. Fifty positive cases were reported in a single-day spike, but positive cases have returned to one to three per day since the one-day spike, and there have been no deaths in the county to date.

With more than 20,000 residents, DeWitt County, Texas (No. 4) has recorded 604 COVID-19 cases. Cuero, the county seat, is the self-proclaimed “Turkey Capital of the World” and home to the Stevenson Unit, a state prison. Offenders and staff so far account for 28 cases.

While cases have been attributed to community spread, a nursing home outbreak increased the total case count. Of the positive COVID-19 cases currently in DeWitt, only 13 are reportedly hospitalized and 410 have recovered.

At No. 6, Refugio County is next on the list. With about 7,000 residents, this county is on the Texas Coastal Bend, sandwiched between the San Antonio, Guadalupe, and Aransas rivers.

Ninety-two of the 209 patients testing positive for the virus since May have already recovered, and no deaths have been reported. Refugio County has seen some single-day spikes over the past three weeks, but the average daily increase remains at eight cases per day, there have been no deaths reported in the county, and the case trend is falling.

In mid-July, DeWitt and Refugio counties were both host to four Texas Military Department COVID-19 testing sites offering approximately 500 free COVID-19 tests in each county to improve access to testing for rural residents. Case counts in both counties saw a “spike” in late July after those events.

Abbott and Florida Gov. Ron DeSantis have been relentlessly criticized for lifting their respective states’ lockdown orders. But a closer look at the CDC’s top “hot spots” shows that most of them involved outbreaks among prisoners and nursing home residents—people who are literally on lockdown.

While we must protect those in congregate settings, such as nursing homes and prisons, as well as the non-institutionalized elderly and those with underlying health conditions, the rest of the community is generally recovering from mild to moderate symptoms of COVID-19, and many others are asymptomatic.

If the data is showing more people are asymptomatic, having milder illness, and recovering at higher rates with fewer complications and hospitalizations, and we know who to protect, why aren’t public health officials emphasizing getting this data-driven good news to the public?

Understanding the current state of the pandemic requires data, but numbers don’t always show a clear picture of the situation on the ground.

Context is vital to determine the true nature of the COVID-19 crisis. Data is only valuable if it’s accurately presented.

Updated: Pickup truck crashes into home, child injuredRestaurants, bars and breweries scramble to reinvent themselves to get around Gov. Greg Abbott's bar shutdown