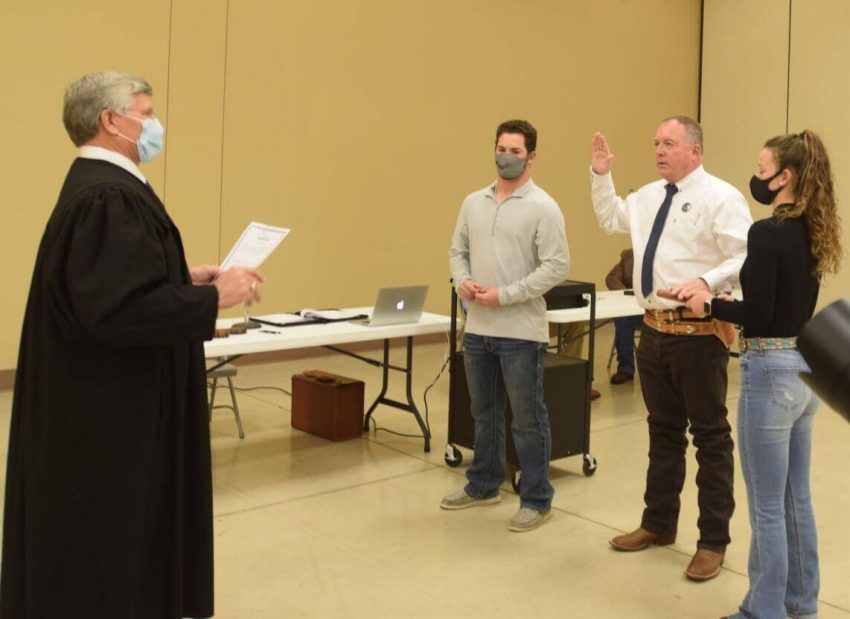 Larry Leitha officially became the new Kerr County Sheriff after being sworn in by Judge Rex Emerson earlier this morning as part of the annual ceremony held at the Hill Country Youth Event Center.

After taking his oath of office, with his children Larry, Jr. and Bobby, at his side, Leitha swore in his deputies and Chief Deputy Chris Lalonde.

Leitha was elected in the Nov. 3 General Election after winning the Republican nomination in a July runoff.

Leitha replaces Rusty Hierholzer, who retired after 20 years of service as sheriff and 40 years with the Kerr County Sheriff’s Office.