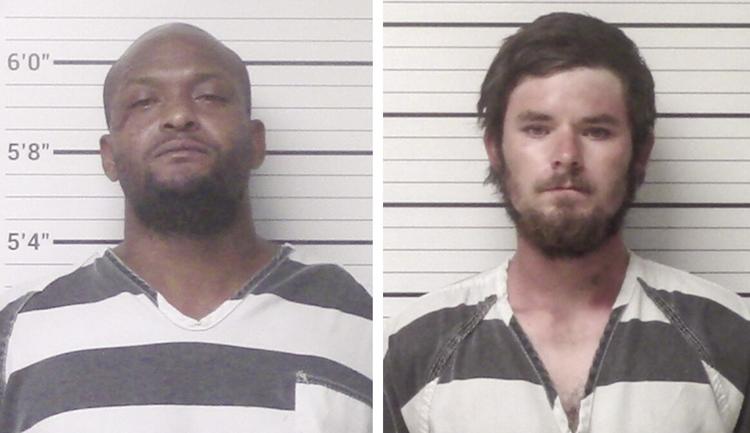 According to KPD Sgt. Jonathan Lamb, public information officer, officers responded to a call in the 1400 block of Park St. in response to a 9-1-1 caller, stating her husband was threatening her and her daughter with a knife, on Monday, Aug. 24 at 1:36 a.m.

“Upon arrival in the area, officers saw Jonathan Dewayne Jones, 36, in the 300 block of D Street,” Lamb said. “Jones was following the 9-1-1 caller. Jones had knife in his hand and was gesturing toward the 9-1-1 caller as he followed her.”

“After repeatedly ignoring commands to do so, he finally dropped the knife in the street before running from officers,” Lamb said. “Jones was tackled by officers and attempted to punch an officer in the head and face.”

Jones was brought to the ground in the 1300 block of Broadway, where he violently resisted officers’ efforts to place him in handcuffs, Lamb said.

“Jones was ultimately sprayed with OC spray, aka pepper spray, in an effort to take him into custody without using greater physical force against him,” Lamb said.

Officers were able to finally get Jones handcuffed and Kerrville Fire Department EMS crews arrived to decontaminate Jones from the pepper spray. Jones again “violently resisted being placed back into a patrol unit for transport,” Lamb said.

Lamb said Jones spit on an officer during the struggle, but was eventually taken into custody and transported to the Kerr County Jail, where he was charged with two counts of aggravated assault with deadly weapon, two counts of assault of a public servant, evading arrest and resisting arrest, search or transport. He is being held on bonds totaling $25,000.

According to Lamb, officers were dispatched to the 200 block of East Davis at 10:10 p.m. after a 9-1-1 caller reported “a man had threatened another with a handgun.”

Lamb said Wallen was identified as the suspect by the caller, who stated he was still in the area.

“Upon arrival, officers located Wallen and spoke with him, the victim and other witnesses,” Lamb said. “An investigation showed that Wallen had threatened the victim with a handgun, which was recovered in the area.”

Lamb said Wallen was taken into custody and transported to the Kerr County Jail, where he was released on a $10,000 surety bond the next day.