Kerrville proves to be generous to candidates left and right 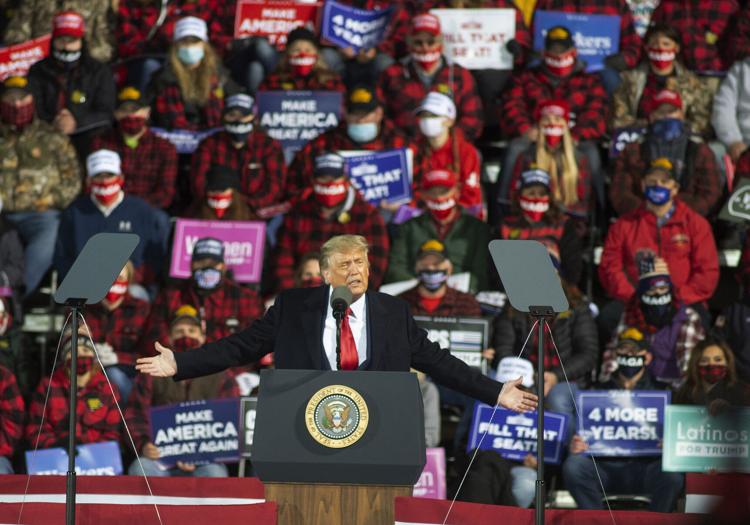 There’s no shortage of political activism in 2020 in Kerrville as Republicans and Democrats have raised more than $200,000 for respective candidates running this year.

Through the first eight months of the year, Kerrville residents donated money through the two primary sources of Democrat and Republican conduits for contributions — Act Blue and Win Red. Much of that money was earmarked for Republican incumbent Donald J. Trump and Democratic challenger Joe Biden. However, money was contributed or earmarked to 123 political candidates or political action committees.

Trump has raised more than $100,000 from Jan. 1 through Aug. 31 — easily outpacing the $16,000 that Biden has raised. However, liberal-leaning groups had had success in Republican-dominated Kerrville. Act Blue, which serves as a conduit for Democrats, has sent more than $75,000 from Kerrville-based contributions to candidates in various races, including Wendy Davis, who is running against incumbent Rep. Chip Roy in the 21st Congressional District, and MJ Hegar, who is challenging U.S. Sen. John Cornyn.

While Republican groups have raised more money, Act Blue has received nearly 7,000 contributions — those can be multiple contributions from a single donor. Win Red has drawn more than 3,200 contributions since the first of the year, including more than 1,000 in June with $44,000 raised.

In August, Trump’s fundraising haul from Kerrville fell from more than $20,000 in July to a $13,000 in August. Biden collected more than $6,100 in contributions after a poor July, where he only collected $3,000. Biden’s best performing month from Kerrville was in June when his campaign collected nearly $10,000.

Kerrville residents also donated to several outside-of-Texas campaigns including to Republican congressmen Steve Scalise (Louisiana), Kevin McCarthy (California), Devin Nunes (California) and Jim Jordan (Ohio). They also turned their attentions to out-of-state Senate campaigns with more than $3,500 going to Arizona Sen. Martha McSally, who is locked in a tough fight against former astronaut Mark Kelly, who received about $800 in contributions.