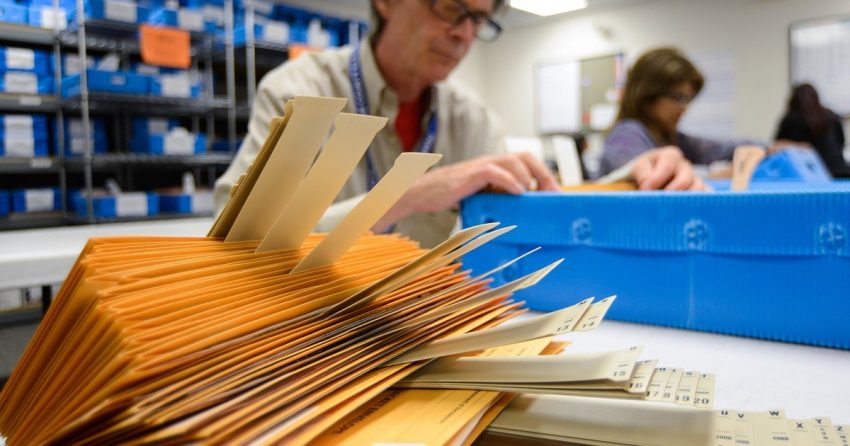 Signed by Gov. Greg Abbott in September, the legislation further tightened the state’s election laws, with a host of changes including a ban on drive-thru voting and new rules for voting by mail.

While Democrats and voter advocacy groups have attacked SB 1 as a Republican move to suppress turnout in Texas cities — primarily voters of color who tend to lean Democratic — the Justice Department focused its suit on two provisions which it says violate the federal Voting Rights Act and the Civil Rights Act of 1964. One places strict limits on how much assistance can be given to voters who, because of disabilities or limited English proficiency, may need help navigating the voting process. The second places new constraints on how people who vote by mail verify their identities.

“These vulnerable voters already confront barriers to the ballot box, and SB 1 will exacerbate the challenges they face in exercising their fundamental right to vote,” the suit argues, saying that the law would negatively impact voters with disabilities, elderly voters, members of the military who are deployed, voters with limited English proficiency and voters residing outside of the country.

The state has long allowed voters who need assistance casting ballots to have someone help them, as long as those assisting don’t try to influence the actual votes. SB 1 places new constraints on what those assistants may do. They cannot answer questions, clarify translations, explain the voting process or paraphrase complex language, the federal lawsuit says.

The law also creates potential criminal penalties for people who assist voters. A person assisting a voter is required to fill out paperwork disclosing their relationship to that voter. They must also recite an expanded oath — now under the penalty of perjury — that states they did not “pressure or coerce” the voter into picking them for assistance.

The limits on assistance will hit particularly hard voters with limited English proficiency and those with disabilities, the lawsuit contends.

“There is a history of discrimination against voters with disabilities in Texas,” the lawsuit claims, noting estimates that 28% of Texans have conditions impairing their mobility, cognition or vision.

The suit also takes aim at SB 1’s new rules for mail-in voting. Texas traditionally has placed more limits on mail-in voting than other states. The legitimacy of mail-in ballots was largely determined by comparing signatures on applications and ballots.

SB 1 created new ID requirements. Voters who want to be mailed a ballot must provide their driver’s license number or, if they don’t have one, the last four digits of their Social Security number when they send in an application for one.

They then must provide the same numbers on the envelope used to return their completed ballot. Critics point out that many voters — particularly elderly applicants — may have their votes thrown out simply because they didn’t remember which ID number they used the first time, or have lost their ID card.

The law, set to take effect in time for the 2022 primary elections, already faced legal challenges generally argue it will disproportionately impact voters of colors and voters with disabilities. Those challenges, along with Thursday’s lawsuit, could delay its implementation.

Abbott, in a tweet responding to news of the suit, defended the new law, saying, “Bring it … In Texas it is easier to vote but harder to cheat.”

The group also reiterated its call on Congress to pass federal voting legislation, which was part of what fueled a weekslong quorum break from most House Democrats over the summer in an effort to block passage of the GOP elections bill.