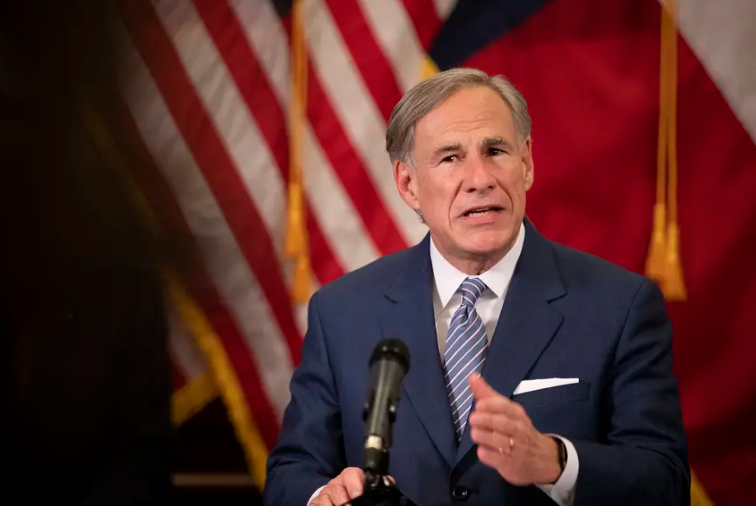 Gov. Greg Abbott stressed Tuesday that only local school boards, not local governments, have the power to decide how to open schools this fall during the coronavirus pandemic.

“The bottom line is the people who know best … about that are the local school officials,” Abbott said during a news conference in San Antonio, echoing a message he’s been relaying in response to questions about the process.

Governor Greg Abbott said during a news conference in San Antonio, echoing a message he’s been relaying in response to questions about the process.

Texas educators and parents have been confused about who has the power to keep school buildings closed. They have also been frustrated by conflicting messages from state and local leaders.

Abbott also said that in preparation for the new school year, the state has already distributed to schools more than 59 million masks, more than 24,000 thermometers, more than 565,000 gallons of hand sanitizer and more than 500,000 face shields. He promised schools “will have their [personal protective equipment] needs met at no cost” to them, with the state picking up the tab.

In general, he described the state’s personal protective equipment levels as bountiful even as the state faces an “an even greater strain” on the supply due to the coming school reopenings and flu season.

Abbott and other state leaders have backed a legal opinion from Attorney General Ken Paxton that prohibits local health authorities from issuing blanket school closures for all schools in their jurisdiction before the academic year begins. Local school boards can decide to keep schools closed to in-person learning for up to eight weeks, with the possibility to apply for waivers to remain shuttered beyond that timeframe.

Under the state’s guidance, local health officials can only intervene if there is an outbreak once students return to campus, at which point they can temporarily shut down a school.

Abbott stressed Tuesday that the policy does not mean that local health authorities are cut out of the reopening process, saying local school boards are free to consult with the health experts.

“Nothing is stopping them from doing that, and they can fully adopt whatever strategy the local public health authority says.”

The state’s guidance has overruled orders from local health authorities to keep schools closed to in-person learning for certain periods. For example, Metro Health in Bexar County had ordered schools to remain virtual until Sept. 7.

As for the personal protective equipment for schools, the Texas State Teachers Association said it was not nearly enough.

“The governor’s optics today on PPE is a drop in the bucket, compared to what will be needed if schools are forced to reopen before it’s safe,” the union’s president, Ovidia Molina, said in a statement. “59.4 million masks are roughly 11 masks per student. That might get students through the first week of school.”