Get updates on the U.S. Supreme Court hearings on Texas’ near-total abortion ban 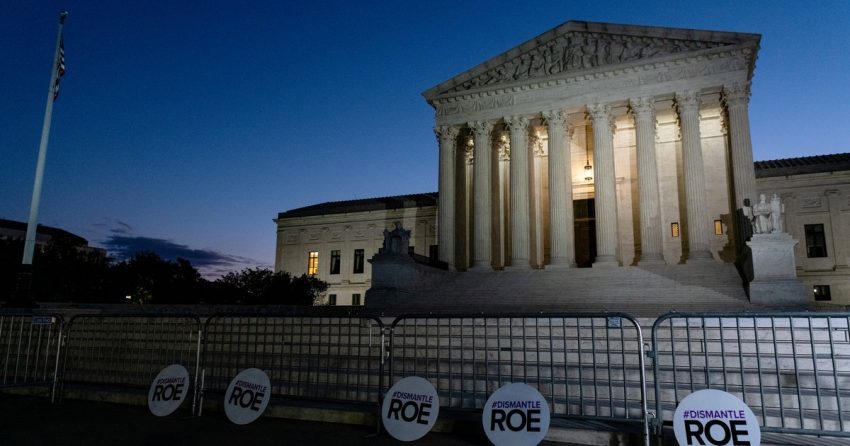 The U.S. Supreme Court will hear two high-profile legal challenges to Texas’ near-total abortion ban that prohibits the procedure as early as six weeks, which is before many people know they are pregnant. The arguments are slated to begin around 9 a.m. Central time Monday.

Under Senate Bill 8, enforcement of the new restrictions is left to private citizens instead of state officials because it allows anyone to file lawsuits against people who perform or assist someone in getting an abortion. People or groups that are successfully sued can face penalties of at least $10,000. It’s a restrictive law that, if upheld, ends abortion access for millions across the state. The most recent court ruling on the issue allowed the law to remain in effect while the law works its way through the appeals system.

The arguments the high court is hearing Monday, however, are not expected to be focused on the constitutionality of abortion. The first case, brought by the U.S. Department of Justice, is about whether the U.S. can file legal battles targeting Texas, judges and others to prevent people from being sued under the state’s new abortion law. This could bring clarity to who can be sued in any attempt to challenge SB 8 from being enforced. In the second case, brought by abortion providers, the court will consider whether a state “can insulate from federal-court review a law that prohibits the exercise of a constitutional right” by offloading its enforcement to the general public.

But while the arguments in the cases brought Monday are narrow, the justices can ask any questions and ultimately issue any ruling they wish — which makes it hard to predict exactly what could happen. However, watchers of the court and legal experts agree a broad ruling is unlikely. It is also unlikely that a ruling will come Monday.

Listen to the proceedings live here, follow the coverage of The Texas Tribune’s Reese Oxner below and check out our related coverage.

How today’s near-total abortion ban in Texas was 20 years in the making.With a congressional seat suddenly open, Democrats in the Rio Grande Valley race to recruit for a competitive district