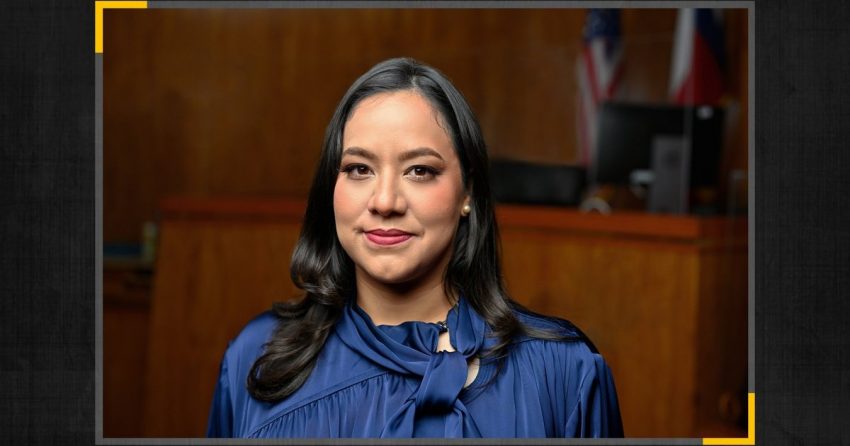 Garza previously faced off against Attorney General Ken Paxton in the courts in 2017 when she represented an undocumented teenager fighting to get an abortion, which she obtained after a federal appeals court ruled in her favor. Garza said protecting abortion rights is one of her top priorities.

Garza had been campaigning for Vela’s seat for months, but neighboring Rep. Vicente Gonzalez, D-McAllen, recently announced he would seek reelection in Vela’s 34th Congressional District after redistricting made his current seat more competitive for Republicans.

“Given my background, my work, I believe that this race is the right place to be,” Garza said in an interview. “I also believe that if we’re gonna change anything in Texas, it’s gonna have to come at the state level because we’ve seen the damage that the governor, lieutenant governor and attorney general have done to this state and the harm they’ve done to the people.”

Garza is launching her attorney general campaign with the support of both Gonzalez and Vela, who said in a statement, “We can trust Rochelle to never forget where she came from and never stop fighting for us.”

Garza joins a Democratic primary for attorney general that already includes at least two candidates: Joe Jaworski, a Galveston lawyer and former mayor of the city, and Lee Merritt, the nationally known civil rights attorney from the Dallas area. The primary is slated for March 1.

Paxton has attracted his own crowd of Republican primary opponents amid a series of legal problems, including a yearslong securities fraud case and an FBI investigation into claims he abused his office to help a wealthy donor. He has denied wrongdoing in both instances.

Garza’s campaign is highlighting how she is the only woman and Latina running for attorney general — relevant given that some Democratic groups have been pressing for a more diverse slate of statewide candidates. Last month, Progress Texas and Annie’s List issued a call for more progressive women to run statewide.

Garza said Paxton has “used his position for political purposes and political gain and has completely ignored the needs of the people of Texas.” She said she wants to restore “pride” to the office after Paxton’s legal problems, but she also made clear she would center her campaign on a few policy issues that have been central to her legal career, including abortion rights.

Garza said the 2017 abortion case involving the undocumented teenager shows she will fight for all people in Texas, no matter how marginalized — and against the “all-out assault on women’s rights and reproductive rights” that is being waged under the state’s new ban on most abortions. Paxton is currently defending that law, which went into effect last month, from multiple lawsuits.

Garza said her campaign would also prioritize a focus on civil rights and the “real burden” that Paxton’s decisions on the coronavirus pandemic has created for Texans.

As for how she stands out in the Democratic primary, Garza cited her personal story growing up in the Valley, learning advocacy from her family, and said she has demonstrated a willingness to take on “really tough battles.” The abortion case, she said, showed she is “unafraid to fight.”

Gonzalez’s decision to change districts has caused upheaval in South Texas politics, scrambling Democratic plans for a region that Republicans are targeting after President Joe Biden underperformed there in 2020. Vela backed Gonzalez’s move, and a Democratic amendment to the map drew his residence into the 34th Congressional District.

“I don’t think running for office is an easy thing to do, period,” she said. “I really feel the urgency to do something and I know that I have the experience, I have the temperament and I have the drive to do this and fight for Texans.”

Disclosure: Progress Texas has been a financial supporter of The Texas Tribune, a nonprofit, nonpartisan news organization that is funded in part by donations from members, foundations and corporate sponsors. Financial supporters play no role in the Tribune’s journalism. Find a complete list of them here.

With a congressional seat suddenly open, Democrats in the Rio Grande Valley race to recruit for a competitive districtRejecting claims of innocence, judge says Texas death row inmate Rodney Reed should not get a new trial