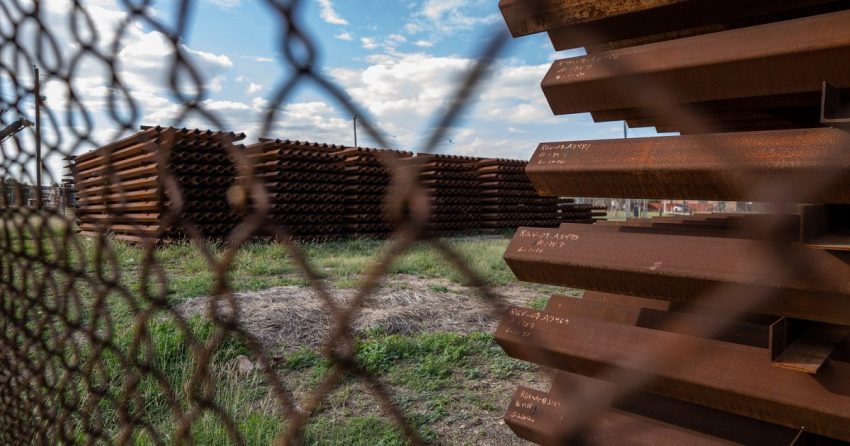 State officials have shortlisted five firms to design and build barriers on the Texas-Mexico border — including some companies that had the quality of their work or its impact on the environment questioned on previous wall projects under the Trump administration.

Francoise Luca, a spokesperson for the commission, said the agency will decide which companies will win contracts, but there’s no announced timetable for publicly naming the winners. All five companies previously have been awarded federal border wall contracts or have been considered for those contracts under the Trump administration.

In 2020, North Dakota-based Fisher Sand & Gravel built a 3-mile long wall at a cost of $45 million at the edge of the Rio Grande in Mission. The company was hired by We Build the Wall, a nonprofit that crowdfunded private donations and listed Steve Bannon, a former Trump political strategist, as a board member.

A Texas Tribune/ProPublica investigation found last year that the company’s wall showed signs of runoff erosion that, if not fixed, could put the wall in danger of falling into the Rio Grande, according to engineers and hydrologists who reviewed photos of the wall.

Tommy Fisher, the company’s president, has dismissed the concerns through a company lawyer, Mark Courtois, who called the erosion “a normal part of new construction projects like this and does not in any way compromise the fence or associated roadway.”

After that project, the company also won a $1.3 billion federal contract for border wall construction in Arizona in May 2020.

Southwest Valley Constructors Co., a New Mexico-based affiliate of Kiewit Corp., was previously awarded at least $2.7 billion in contracts by the Trump administration for border barriers in Arizona and Texas. U.S. Fish and Wildlife officials in Arizona raised concerns that the company’s work caused groundwater levels to plunge at a wildlife refuge in southern Arizona.

BFBC of Texas, a Montana-based subsidiary of Barnard Construction, won a $142 million federal contract in May 2019 to replace existing barriers in Arizona. The contract came under scrutiny by government watchdogs after it was modified and ballooned to $569 million a year later.

Texas-based SLSCO won $2.2 billion worth of border wall contracts during the Trump administration. In January 2020, a section of fencing the company built in Calexico, Calif., blew over during construction, which a Border Patrol official blamed on high winds that struck before concrete had dried.

Posillico Civil Inc., based in New York, has been shortlisted for federal border wall contracts but hasn’t won a contract.

In total, Trump’s administration erected about 80 miles of new barriers on the nearly 2,000-mile-long U.S.-Mexico border before he left office, including 21 miles along the Texas-Mexico border. The Biden administration has halted all construction, and companies that were erecting barriers have started fixing environmental damage caused by the border wall work.

Gov. Greg Abbott has made border security one of his top agenda items as he seeks reelection next year. He sought private donations for the border wall, has sent state troopers and Texas Rangers to some border cities to arrest asylum-seeking migrants on state charges and has sued the Biden administration for attempting to reverse Trump-era immigration policies.

In September, the Texas Facilities Commission awarded an $11 million contract to Michael Baker International Inc., and Huitt-Zollars to oversee the construction of a barrier along the border, identifying state land where barriers can be built and finding “willing private landowners to facilitate construction,” according to the request for proposal.