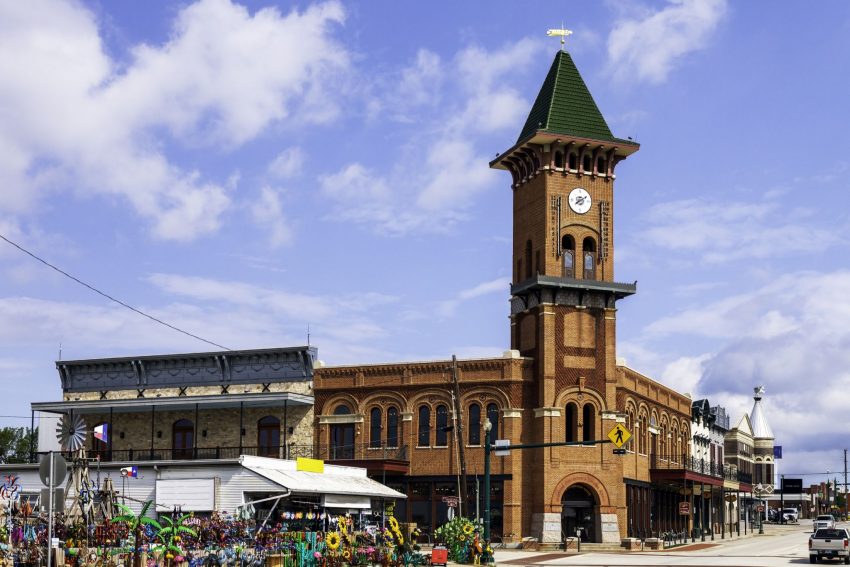 Principal James Whitfield submitted his resignation to the school board during a closed session meeting on Monday, November 8, after members voted in September to not renew his contract, MSNBC reports. He was named principal right before the start of the 2020-2021 school year.

CRT is a graduate level framework looks at American history through the lens of racism, according to the NAACP Legal Defense and Educational Fund Inc. It denotes that systemic racism is embedded in U.S. policies, and still influences education, employment, housing and healthcare.

Whitfield’s resignation isn’t effective until August 15, 2023, until which he will be on paid administrative leave, NBC DFW reports. He has been suspended from his job since August.

“It has been difficult to be detached from my purpose,” Whitfield told MSNBC’s Antonio Hylton last month. “That’s all I ever wanted to do, is be an educator and serve kids.”

Hylton says current school board members were concerned that the people who made the CRT accusations would hold them accountable and push to have them removed from their seats. But there were still students, parents and community members who expressed outrage over the school board’s decision they believe was racially motivated and would cast the community in a bad light.

School board members agreed, Hylton reports, that Whitfield never taught or promoted CRT. Whitfield tells MSNBC this sparked over  summer 2020 because of how vocal he was over the murder of George Floyd.

“Educators are fighting this battle, and really it’s a battle that has been manufactured,” Whitfield tells MSNBC. “Because not a single teacher is teaching critical race theory in schools but what they’ve termed to be critical race theory, which is diverse books.”

The GCISD school board has pointed to “deficiencies” in his job like interactions with personnel, email exchanges with parents and comments he has made to defend himself in the wake of the CRT accusations.

Hylton reports that full context was not provided on these deficiencies.