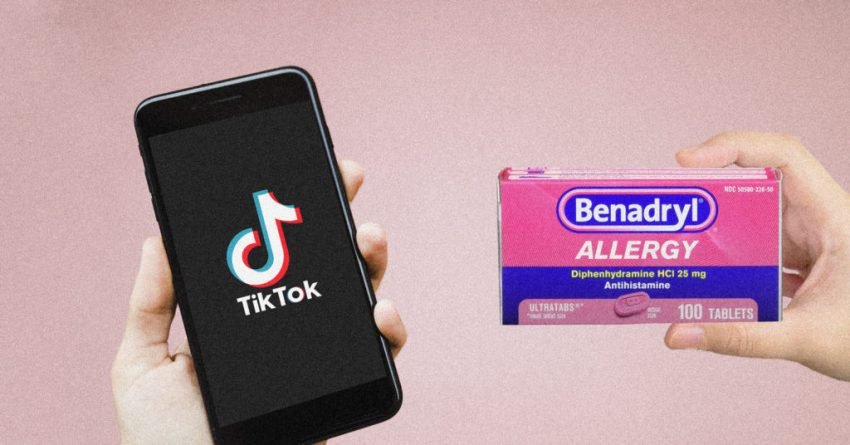 Doctors are warning people about the TikTok Benadryl challenge, which has been linked to the death of a 15-year-old girl in Oklahoma City.

The challenge involves taking many doses of the anti-allergy medication in an effort to cause hallucinations. But such high doses can cause life-threatening consequences such as cardiac arrest, seizures or death.

Tirado said that social media platforms like TikTok are very influential, and viral content can influence behavior in a short window of time.

“In the case of the Benadryl challenge, we see how quickly harmful behavior can disseminate across social media,” he said.

Cook Children’s Medical Center in Fort Worth treated three teens for overdoses in May. One teen took 14 Benadryl pills.

“None of these patients were trying to harm themselves. They all said they saw videos on TikTok and were curious to try it,” said Amber Jewison, a hospitalist nurse practitioner at Cook Children’s.

Cook Children’s also wants parents to be aware of another popular TikTok challenge. In the nutmeg challenge, “TikTok users drink two to four tablespoons of nutmeg with milk or water and film their reactions. The objective is to get high from the large amount of the spice, but doing this can have detrimental effects on the body,” a press release warns. Effects can include hypothermia, coma and death.

Tirado explained that even though most of the content showing this behavior can be taken down, this is an example of how easily unmonitored and unregulated content can lead to harmful outcomes.

“The negative influence of social media is one of the great problems of our time — it’s an experiment in human psychology and behavior for which we are not adequately prepared,” he said.

This is why the Navy wears bell-bottoms, and it's not for fashionTexans with developmental disabilities in state homes still don’t have visitors, parents worried
Comments: 2