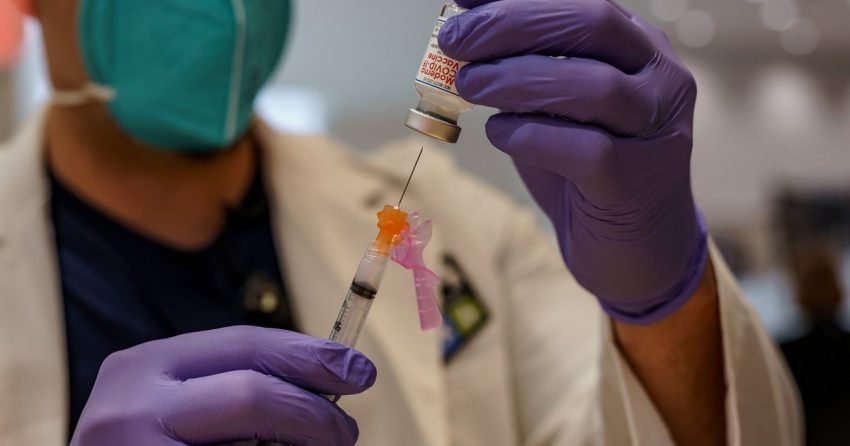 Texas Republicans on Saturday claimed an early victory after a U.S. federal appeals court temporarily blocked the Biden administration from mandating that companies with more than 100 employees require workers to get coronavirus vaccines or submit to weekly testing.

In a two-page order, the U.S. Court of Appeals for the Fifth Circuit cited “grave statutory and constitutional issues” with the federal COVID-19 vaccine rules developed by the Occupational Safety and Health Administration. The court did not provide details. The vaccine requirement would apply to about 84 million workers across the country and go into effect Jan. 4.

The decision followed a joint petition filed by a handful of states, including Texas, several businesses and advocacy groups that argued overreach by the administration. The safety measures could, in some cases, preempt state and local laws, including Gov. Greg Abbott’s ban on vaccine mandates.

“The quick turnaround by the Fifth Circuit to stay the mandate signifies the deep and obvious constitutional problems with the federal government’s private employer vaccine mandate,” Robert Henneke, general counsel for the Texas Public Policy Foundation, which was involved in the filing of the lawsuit, said in a statement. “That should send a message to the White House the mandate is not only ill-conceived but unconstitutional.”

Seema Nanda, the chief legal officer for the U.S. Department of Labor, said in a statement that the government is prepared to defend the rule in court. The Biden administration has until Monday to respond to the request by opponents for a permanent injunction.

“The Occupational Safety and Health Act explicitly gives OSHA the authority to act quickly in an emergency where the agency finds that workers are subjected to a grave danger and a new standard is necessary to protect them,” Nanda said.

Texas Attorney General Ken Paxton pointed to the lawsuit and the court’s order, writing “WE WON ” and vowing to continue fighting. Paxton is separately suing the Biden administration over its coronavirus vaccine mandate for federal contractors.

Disclosure: Texas Public Policy Foundation has been a financial supporter of The Texas Tribune, a nonprofit, nonpartisan news organization that is funded in part by donations from members, foundations and corporate sponsors. Financial supporters play no role in the Tribune’s journalism. Find a complete list of them here.